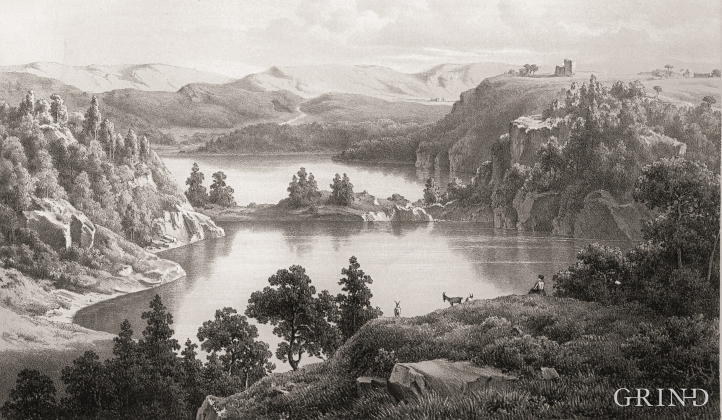 The estate of StrømnesS belonged to the king from the late Middle Ages; given in lease (forlening) to various state employees. In 1627 the king sold the estate to Mauritz Bostede, who the following year also acquired Ask. Strømsnes was estate of the law officer up to 1696, when “schoutbynacht” (admiral) Hendrich Jansson Greve took over the property. Greve, who was the son-in-law of Minister of trade, merchant and ship owner Jørgen Thormøhlen, built a new magnificent main house for a summer residence. When he died in 1707 Strømsnes was taken over by a German nobleman. Belonging to the farm at the time was a corn mill, copper mill spirit distillery, boathouse and an exotic garden arrangement, which, according to tradition, was established by monks in the Middle Ages.

In 1758 the estate was bought by the law officer in Nordhordland, Oluf Bildsøe, who was badly injured during the “Strile war” in 1765. Later on merchant Giert Von Der Ohe Hagelsteen took over the property in 1782-95 and in 1897 the Troye family, who are still the owners. The main building burned to the ground in 1957.