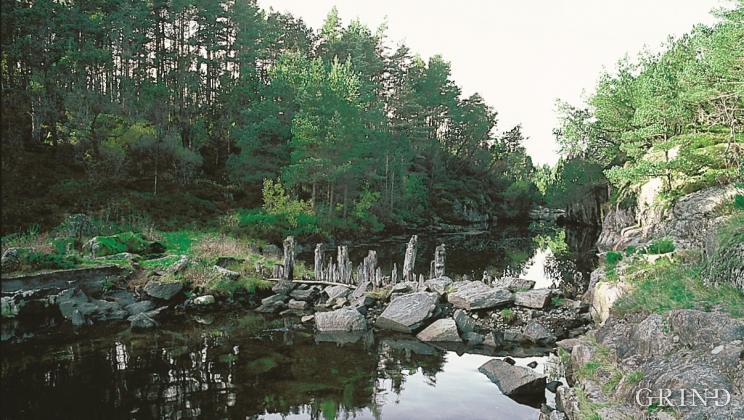 The soapstone was quarried out from under a protected rock ledge in this bay. Remains from the damming and stone wastage from the quarry in the foreground. (Svein Nord)

On Lurøyane, west of Lygra, there lies a little bay, nearly totally cut off from the sea. The bay, which was kept dry by a dam for a couple of decades until it broke in 1933, was a workplace for several tens of men. With their sledge hammers and drills for making blast holes, they removed large blocks of soapstone from the bay. Much of the soapstone that was used in some of the larger buildings around Bergen at this time came from this quarry. For example, the public library, the Rasmus Meyers, Art Collections, the Bergen Kredit Bank and Storeveit Church show how the Lurøy-stone was used.