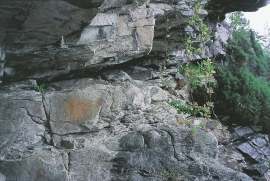 Below a south facing, steep rock at Årsand, there is one of the strangest ancient relics in the whole of Hordaland. The jutting rock wall forms a shallow flagstone – Geithilderen. Parts of the rock wall are covered by a light lime crust and on the crust figures have been painted in golden and rusty red colours. 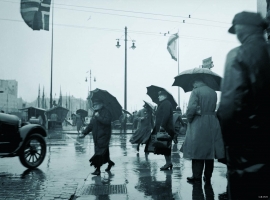 "With its strange situation (surrounded by high mountains), this city has the advantage of a beautiful port and considerable shipping, but also the disadvantage that once on land one cannot get to the city without great inconvenience. This is because the weather in the vicinity of these high mountains is extremely unpleasant and rainy. There has even evolved an expression that is always rains in Bergen, and we have not experienced anything to counteract this saying." (a quote by the Dutch professor Fabricius after a visit to Bergen in ca. 1780). 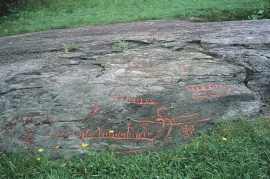 Everyone knows the famous painting by Tidemand & Gude “Brudeferden i Hardanger” (The Wedding Party in Hardanger) one of the great icons in the National Gallery. Some have, in a humorous lack of respect for this masterpiece linked the concept of “bride’s passage” to another pictorial presentation in Hardanger. This is found on the farm Bakko in Herand, carved in the rock by an unknown artist around 3,000 years ago. 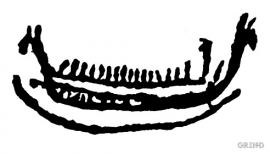 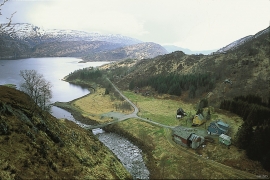 Few other places in Hordaland, or even the whole country, get as much rain as in the Samnanger mountains. The mountains here simply attract wetness. The weather station on Kvitingen has continuous measurements all the way back to 1900, and the measurements have documented several records for the county. The station is therefore much used as a reference for the rainfall in western Norway. 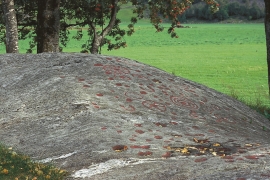 Helgaberget – the holy hill – is a little rocky crag which thrusts itself a few metres above the terraced surface of Støle. The surface of the rock is strewn with figures inscribed in the rock and it was, as far as one can judge, a cult centre in the Bronze Ages. The name could indicate that the tradition of holiness can have lasted for almost 3,000 years.

Børtveit is known to be a place with a lot of rain. We must go to Samnanger or Indre Matre to find a higher rainfall. The average rainfall on Børtveit is 2871 millimetres, Slåtterøy has only 1328 millimetres and Fitjar 1610 millimetres. 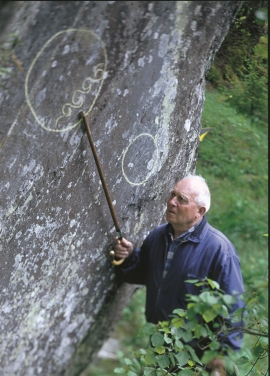 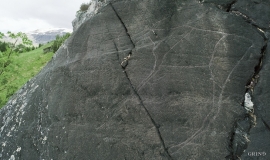