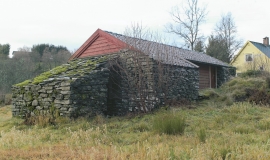 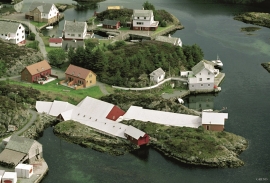 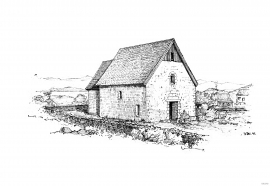 The old stone church at Eidfjord has an open position on the terrace at Lægreid. In a diploma from 1310 it transpires that Torgeir on Sponheim donated a gift for the erection of the church in Eidfjord. Thus we can assume that the church was under construction at the time. The elements in the style confirm such a dating.