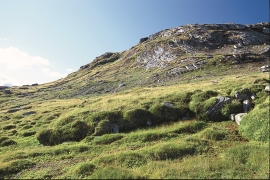 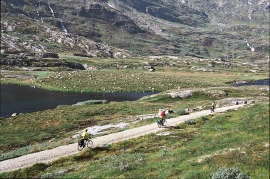 They rest there, all as one, the silent witnesses of Western Norway's saga of creation: Precambrian basement, phyllite and thrust sheet. In the end came the glaciers and sculptured the vast landscape. Along the ground or on the horizon, from bicycle or on foot - the landscape tells its story - and it tells it clearer on Rallarvegen than many other places. 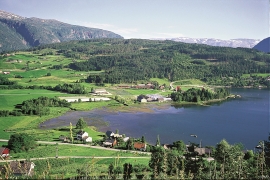 When the lush beach area innermost in Ulvikapollen was protected, the bird life was instrumental to the decision. The plant diversity is just as impressive. In Hordaland sea meadows such as this are rare small in size - they are more common in coastal environments. 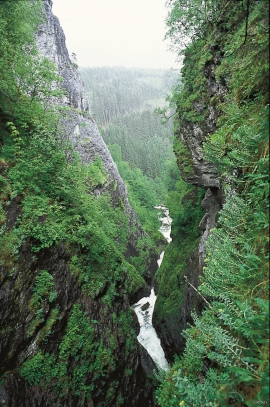 The ice cap that covered the land during each of the 40 past ice ages over the past 2 million years of Earth's history pressed down the crust of the earth - like a finger on a rubber ball. And when the ice finally loosened its grip 11,000 years ago, the earth's crust rose again, most where the ice was thickest, least where it was thin, quickly in the beginning, and later more slowly. To this day, the land in the inner part of Norway continues to rise by perhaps one millimetre per year. By and large, however, the crust in Hordaland has again reached equilibrium after the weight of the ice was removed.