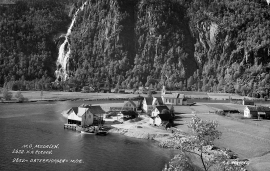 Tthe Otterstad farms lie in the innermost part of Mofjorden, on the northwest side of the river. The row of stave-built boatsheds that belong to the farm were probably constructed a little after the middle of the 1800s. Both here and on the Mo side, the boatsheds were important storage places at the seashore; wood and other farm products intended for the town; corn and merchandise in return. 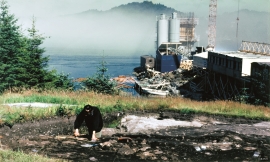