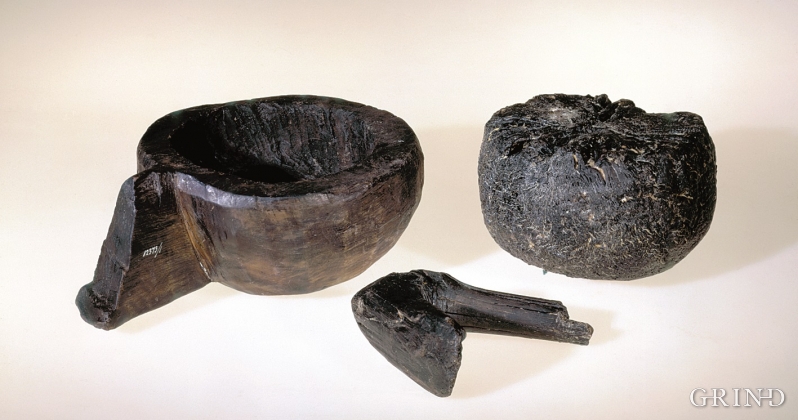 Where the school and the sports facility lie at Eidsbøen there was previously a bog surrounded by small hillocks. More than 1000 years ago this was a holy place, where the dead were buried.

On the hillocks around the bog there have been at least 5 burial mounds. Only two remain. One of them is only a small heap of stones. The other one was examined some years ago and is now restored. Remains of a stone sarcophagus were found here, but the grave was robbed and ruined a long time ago. A wheel from a hand-held spinning wheel that was not found by the grave robbers shows that the diseased was a woman. She has probably lived on one of the farms some time in younger Iron Age, between 1000 and 1400 years ago.

Many wooden items have been found in the bog, amongst them blanks for bowls and ladles. Most probably a wood carver has lived in the vicinity who has used the bog to store half-finished pieces. For some reason or other he has been prevented from collecting them. Perhaps he was one of those in the burial mounds by the bog?