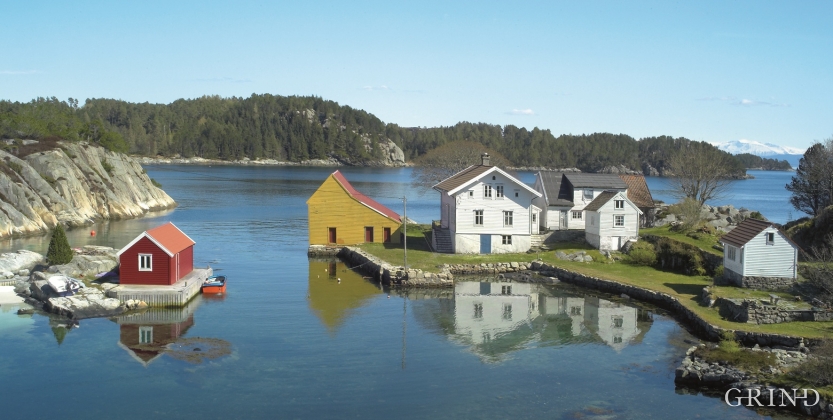 Krosshamn lies in the shipping lane northeast of Hundvåkøy, near Sandtorv. The name probably derives from the fact that this is Austevoll’s harbour situated nearest to Korsfjorden.

Roads create centres and marginal places, and changes in communications make old centres into new marginal places. This is something Krosshamn has experienced.

From the 1600s Krosshamn has been a hostelry place, but we find little information about the place until towards the end of the 1700s. Krosshamn has never had many inhabitants, so the reason for the activities has been the good harbour in the middle of the shipping lane. For seafarers it was normal to rest there before venturing out on to Korsfjorden, or after they had crossed this exposed and rough stretch of fjord.

In other ways Krosshamn was also an important centre. There was a store here and a fish handling place, baker, shoemaker and tannery, and people came here from the entire northern part of Austevoll. The first baker who settled in the small coastal community of Os by Bjørnefjorden in the middle of the 1800s, had been a baker in Krosshamn.

Today Krosshamn is a summer vacation place, but the old courthouse is still standing.