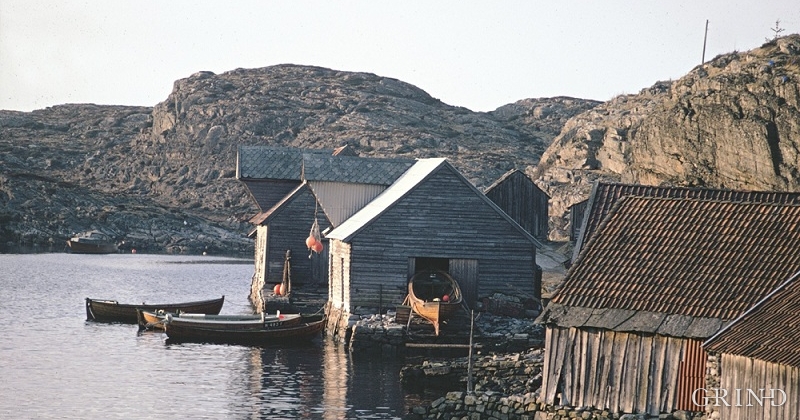 Landro has been the largest estate on Sotra, including 15 farms with reasonable conditions for agriculture. Their boathouses have had an excellent harbour in Landrovågen. Landro thus has been a good basis for the combination of agriculture and fishing.

Landrovågen is too shallow for larger boats to enter. The structural changes within the fishing industry with a transition to purse seine fishing and large vessels has therefore made little difference for the fishing environment in Landrovågen. Fish reception centres and harbours for purse seine vessels and trawlers have had to be established elsewhere.

Thus the boathouse location and the sea-houses in Landrovågen are adapted to the rowing boat and the small motor boat; fishing in the fjord and in the vicinity.

All the farms on Landro have boathouses on their own ground in Landrovågen, some houses even have more than one. Several large salting sheds for cod and herring show that the fishermen entered here with their catches as long as they could be transported on small boats. One of the salting sheds was called “Laksanaustet” (the salmon shed), which proves that salmon fishing was an important fishery for the Landro community.

The most varied environment with older small boathouses on Sotra is to be found in Landrovågen; an area of great historical value.