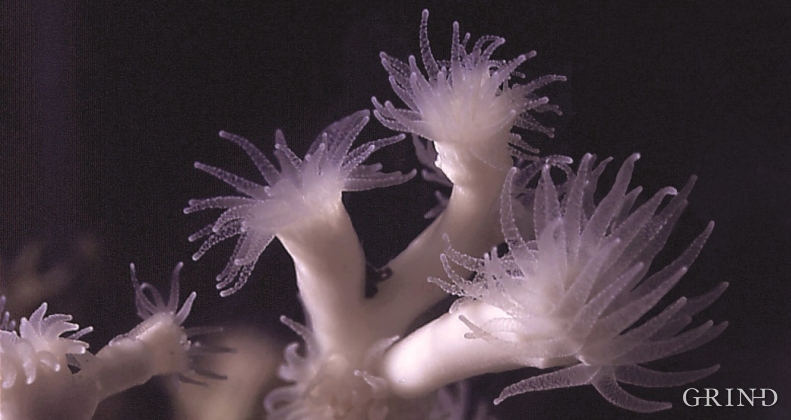 One of the best known coral reefs along the Norwegian coast is at Litlesotra, in the sea south of Sotrabrua (Sotra Bridge), from 90 metres depth and downward. Most people associate coral reefs with tropical waters. Those coral reefs need light in order to survive. This is not the case for the deep water coral reefs in our parts. There are a series of coral reefs in Hordaland.

The animal life on the coral reef by Litlesotra has been studied and discussed by researchers since the 1890s. There are reports of discoveries of more than 300 species on this reef. The deep water reefs in our waters are built up of the stone coral Lophelia pertusa (picture). It is a cnidarian, which like other corals forms a carbonate skeleton on the sea bottom. When the corals die, the soft part of the animal is not preserved. The skeleton remains, and at the top of the skeleton, new corals establish themselves. In this way, a reef is built up, skeleton by skeleton.