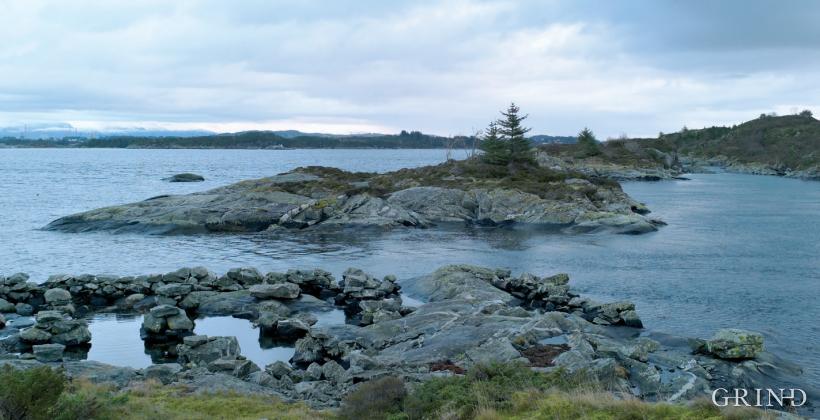 Between the two farms Kvalågen and Ulvøyni there is a long, crooked sound. The northern access, Kvalvågstraumen, is so shallow that only small boats can pass there. The entrance from the south, Renningen, however, is deep. Here the whale could find its way in, but could not get out at the other end, through Kvalvågstraumen. When the whale had got itself lost into Renningen, the sound was blocked by a large seine.

How far back in time whale hunting has gone on here nobody knows today, but through the entire 19th century there was hunting in this sound. At the entrance there was always stones stored on the rocks to throw at the whale to scare it into the sound, so that they would have plenty of time to close the sound with the seine. The older people closely watched the younger generation so as not to let them throw away the stones. The hunting tool was simple, a harpoon or spear that was thrown at the whale by hand from ordinary four-oared boats. It could be a risky business to come close when the whale had been injured. The last whale was taken here in 1928.