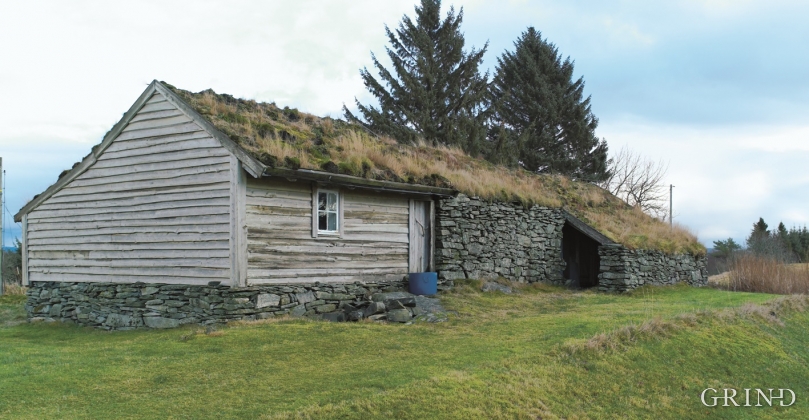 Førland is a farm in the heath landscape, but the name denotes pine forest in former times, and this had been confirmed by pollen samples. In the longhouse at Førland there is a timbered living room and kitchen within a thick granite wall towards the southwest, built together with a frame-built hayshed and a timbered cowshed. Alongside the house there is a peat drying area under cover towards the west side, inside a granite wall, and a covered frame-built pole-store facing east. The building is more than 20 metres long and 9 metres wide in the southern gable, a compact, combined structure. The house was restored in 1991/92.