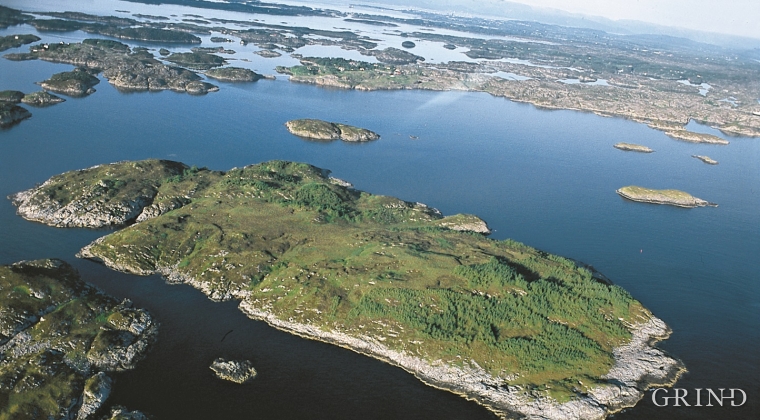 The swamp layer at Lyngoksen is unusually thick, and the island therefore stands out from the rest of the islands along the coast. Even up on the ridges of Lyngoksen, there are several places with peat up to two metres thick. A swamp that covers the landscape in this way is called a "terrain-covering swamp", or a blanket bog.

Lyngoksen has been covered by heather moor and swamp for a long time. In the peat, there have been finds from the earliest farmers on the coast of Hordaland. Already 4300 years ago, in the Early Stone Age, the forest was cleared from the island, and the heather moor that was created dates to among the oldest in Hordaland. Deforestation caused the degree of evaporation from the surface to be reduced. This resulted in the formation of swampland and eventually to the extensive formation of bogs.

The quality of the peat is first class. Therefore, removal of peat from the island has been extensive. The large number of peat roofs are testimony to this. On the bogs in the autumn there are also good harvests of cranberry, which are used to make juice and jam.

For the farmers it is both practical and safe to keep their farm animals out on the islands. Fences are not necessary, and the danger of attack by predators is much less than on the mainland. With the burning of the heather and careful use of the grazing land, there is enough food for the animals throughout the year. Therefore, it was not necessary to have winter foot storage for the buffets that wander around grazing on the islands.