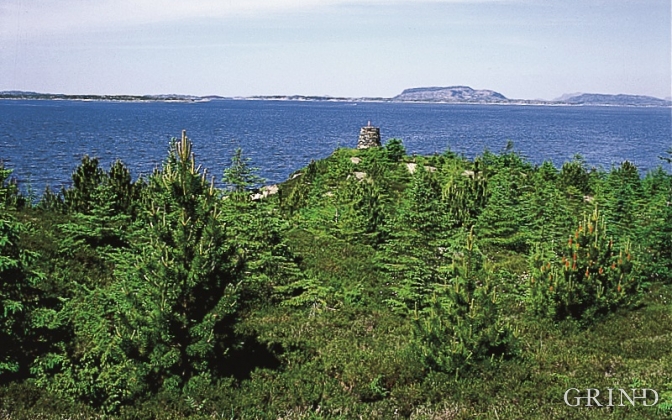 Vardetangen is by no means as dramatic as Stadt or Nordkapp, but it is the most westerly point on the Norwegian mainland and is also worth a visit. Both from the pier at Fonnes and from the wharf in Ervika, there is a road and a path going out through the heather moors to Vardetangen. Outermost on the point there is a sign showing the distances to the other outermost points on the Norwegian mainland: Kinnarodden (north): 1488 km, Kibergneset (east): 1582 km and Lindesnes (south) 377 km. The coordinates of outermost point is identified as 60o 48’, 36,614’’ north and 4o 56’ 43,182’’ east.