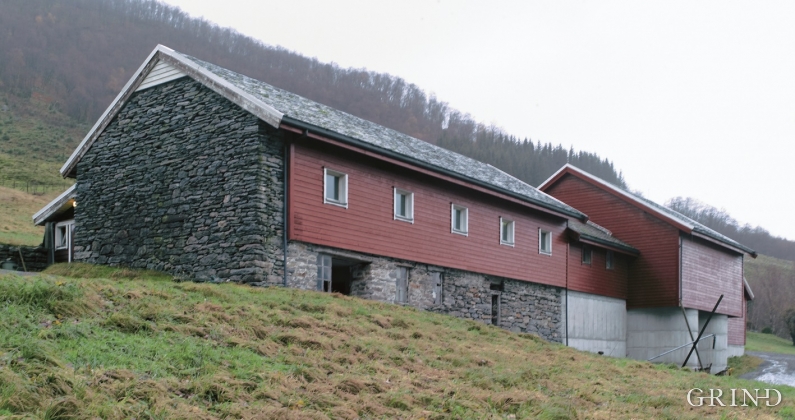 The old clustered community in Andviki was situated on the south side of the river. All the arable land was divided into strips that were portioned out for every holding, and this made agriculture ineffective. After the land reform in 1892 two holdings were moved to the north side of the river, while four units were left. Every holding moved their houses a little, to make individual hamlets. On one of the holdings is a hayshed with a large granite gable, a clean and monumental structure in the landscape. In the construction of new silos on the farm much care has been taken in the design of the additional building in order not to damage the architecture in these older utilitarian structures. Here the owner, the agricultural authorities and the conservation authorities have cooperated well.