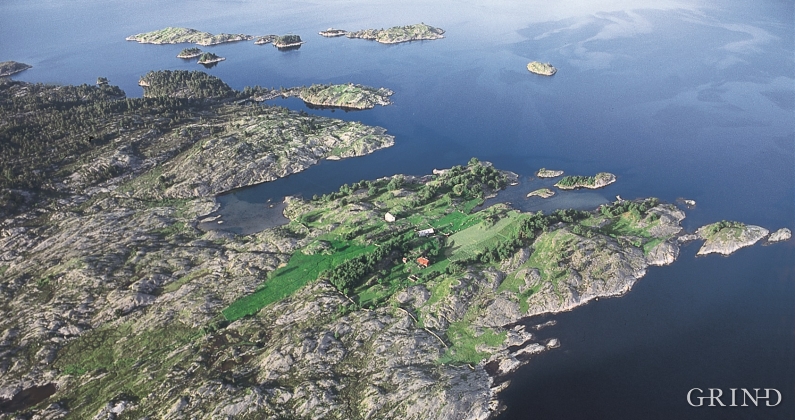 The south side of Raunøya. Some of the islands and islets in the background are protected. (Helge Sunde)

The sea birds discovered it long ago. Raunøya and the surrounding islands are the most beautiful places in Masfjorden.

For many years, the seabirds had to yield to the word of Gustav Tvedt, who lived in Raunøya together with his family and the seabirds. Gustav Tvedt was a colourful person, with strong opinions. He had his own form of nature protection in the gull colonies. One of his rules of order was that the larger gulls had to give way to those who were smaller. The bird chief is now gone, but not the seabirds. They manage just fine without the help of Gustav Tvedt. Several hundred gulls have built their nests just outside of the old pier. A nature preserve has been established on a little corner of the east side of Raunøya, with Skarholmen, Storholmen and Søre Langøya, in addition. It is not permitted to go on land during nesting season in these places. All of the gull species that are common in our parts nest on the preserve. The Black-capped Gulls and Herring Gulls are the most numerous.