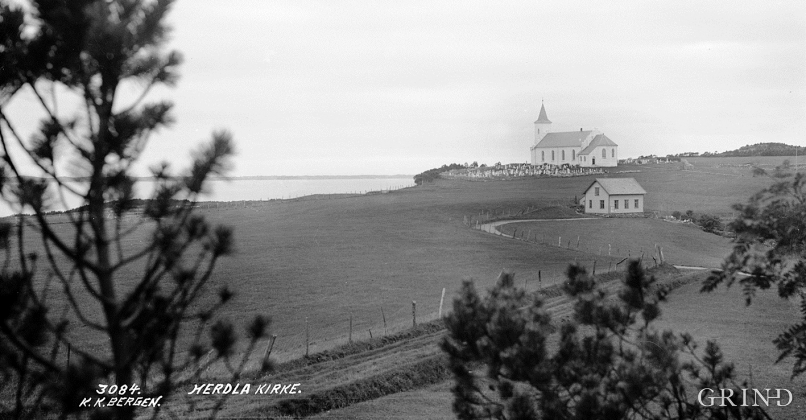 A letter from the Pope Eugenius 3 in 1146 mentions St. Nikolaus church at Herdla. This church belonged under Munkeliv monastery, which was founded in Bergen by Øystein around 1110. The Herdla Church may stem from this time.

Around 1190 we know that this church came under the jurisdiction of Kristkyrkja (Christ’s Church) in Bergen, and in 1308 we find Herdla as one of the 14 royal chapels subordinated to the main chapel, Apostelkyrkja (the Apostolic Church) in Bergen.

The Herdla church was a stone church built in a simple Romanesque style, but was later rebuilt in Gothic style with pointed arches. From 1727 the church was in private ownership up to 1859, when it was bought by Herdla parish. Following damage from a storm, the church was pulled down in 1861, and a larger church was raised on the site in 1863. This went up in flames in 1934, and after the rebuilding the church was named “Øygardskatedralen”.

During the war the building received serious damage. The Germans blew up the steeple, and used the nave as an ammunition store. Below the floor a wide network of tunnels was excavated below the graveyard. After the war the church was rebuilt, and was consecrated by bishop Ragnvald Indrebø in 1951.