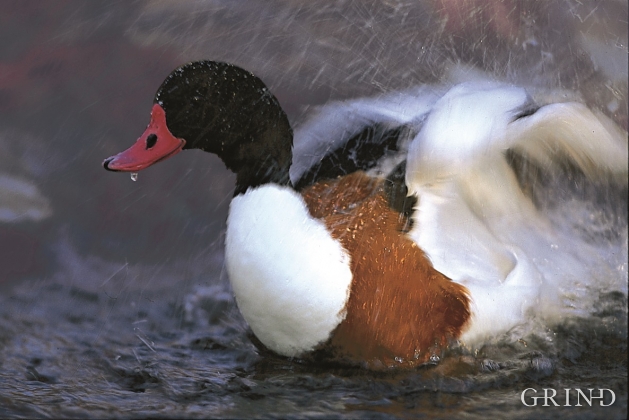 Shelduck. Already in March, the Shelduck comes to Herdla, as one of the first migrating birds. (Helge Haukeland)

HERDLEFLAKET - FOR THOSE THAT DO NOT LIKE DEEP WATER

Spring, summer and autumn, there is bird life on Valen, and the tidal zone is especially attractive. Out on Herdlaflaket, you see ducks and other diving birds all year round, but most in winter.

Herdleflaket is a large shallow marine area, many places shallower than 8–10 metres. Only small boats can safely enter. On the seafloor, there is for the most part only sand, but here lives a rich bottom fauna that is easily available for the sea birds.

The Common Eider is a character above all others on Herdleflaket or elsewhere around Herdla. They are most numerous in late autumn and through the winter. One may see up to 2300 individuals at the same time. The Common Eiders from large parts of central and northern Hordland often collect at Herdla to stay overnight. On the morning of the day after, one can see flocks spreading out from Herdla, both to the outer skerries and to the more protected fjord systems.

On parts of Herdleflaket and in the sound between Lamøyna and Herdla, the depth is only a few metres. Here, the eiders do not have to dive deep to get their food. This is why the biggest flocks are found here. The Eider Ducks' main nutrition is usually mussels and other bivalves (clams), that it has collected from the sea bottom. But, on Herdleflaket there is little mussel to be found, so here they take starfish and other bottom creatures instead.

The White-winged Scoter is another species that collects its food from the sea floor. They dig mussels and shells from the sand. Since the digging out of sand from the sea bottom at Herdla was discontinued after the 1990s, the number of over-wintering White-winged Scoters has increased. At most, roughly 200 individuals have been seen. No other place in Hordaland is it possible to see such numbers of this species. This is due to the stringent requirements it sets for its way of life: moist sea bottom, rich in shells.

Another typical species on Herdleflaket is the Red-breasted Merganser, who also nests on Herdla. The Long-tailed Duck does not nest here, but in March-April, you can see and hear the spring play of this slender duck, both on Herdleflaket and in Lamøysundet Sound. In winter there are also Great Cormorants on Herdleflaket, in addition to one or another loon and Red-necked Grebe. A male King Eider has been a curiosity here, as he has overwintered every winter from 1986 to 2003, and perhaps he is still there when you read this. They should normally have been much further north, but he found out that Herdleflaket is a good place to be.

Fishing with nets is forbidden on Herdleflaket. This is not because of the birds, but because Herdlaflaket has been a part of a military practice area.

Good on the bottom

On Herdlaflaket there is mostly sand on the bottom. This does not give a good footing for kelp, which must have stone or fast bedrock in order to fasten its roots. For the same reason, you don't find mounds of kelp on the shore on the north side of Herdla.

Under the sea surface, the creatures that dominate require a lot of light and current, since their life strategies involve being able to dig themselves down. The latter is an important defence against sea birds that dive for their food, since there are few stones here to hide under.

In the tidal zone on Herdla, one finds many earthworms; further out, shells, starfish, small crabs and bristleworms, that live under water the whole time. Of shells, we see cockles and razor clams among the most common, but there is also a large amount of different species that are not so common in the strand zone and in shallow water in Hordaland. There is little mussel - this species must have stone, kelp or other solid material to fasten itself to. There is a fair amount of pearl shrimp on Herdleflaket, but this shrimp species, that gets exploited commercially, prefers the much deeper waters of our fjords.

The animal life on Herdla has been much studied. The University of Bergen had a biological station on Laxeneset on Herdla during the last century, that was much used in teaching. 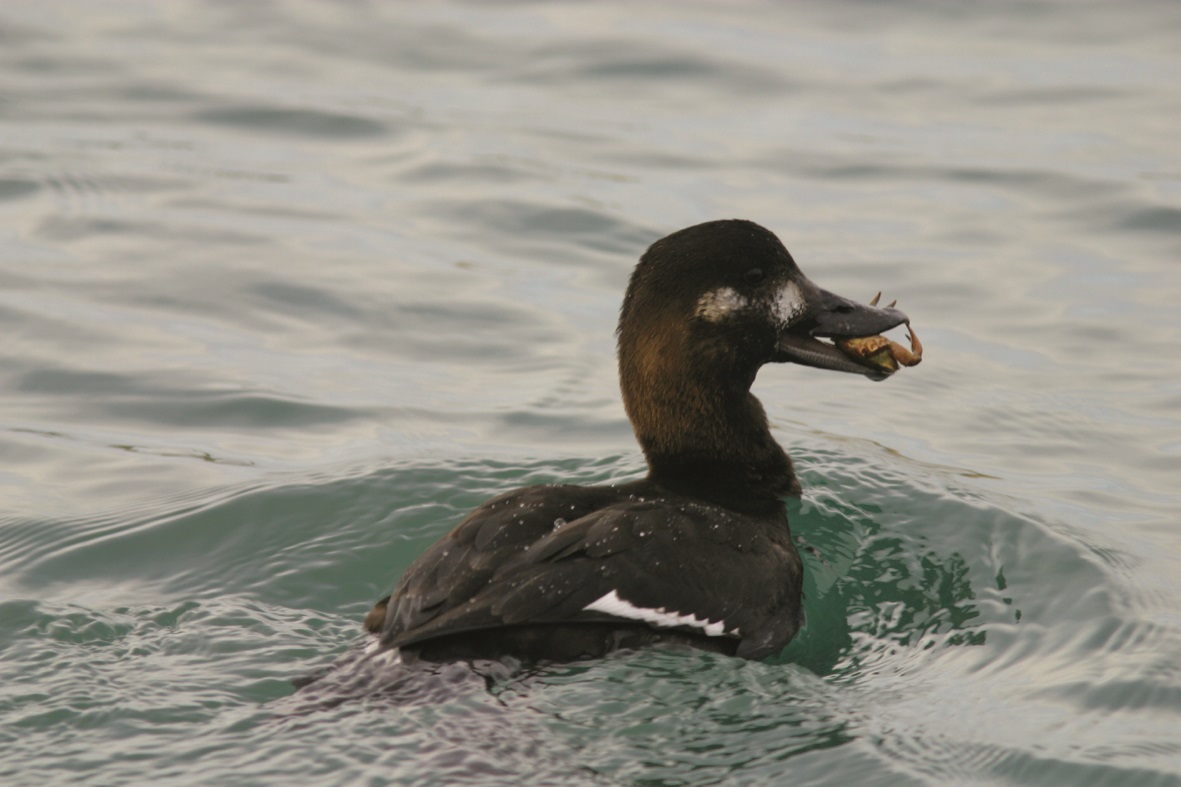 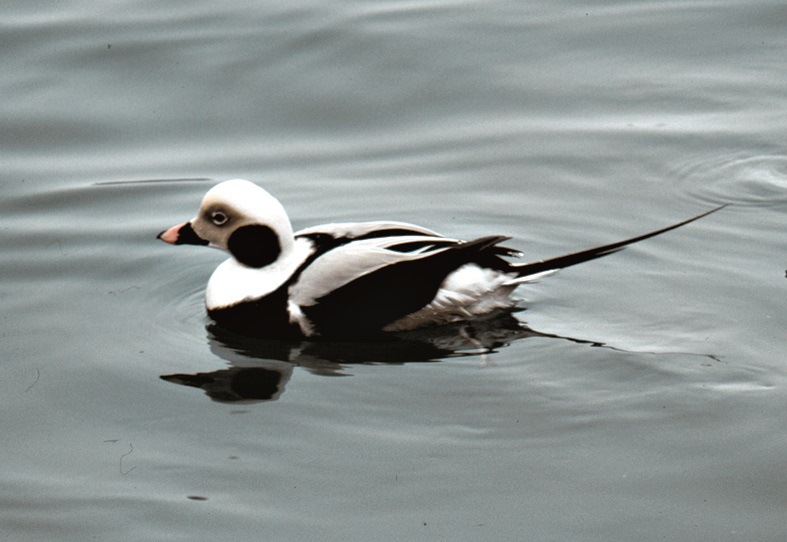