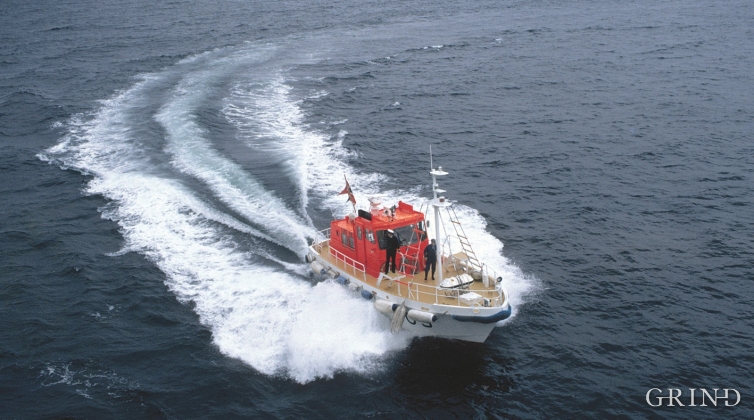 In the sagas the one who knew the sea route and was able to guide ships safely from place to place was named leiðsogumaðr; the one who can tell of the route. In the laws of Magnus Lagabøte of 1274 it states that the “leidsoguman” was to be given “one mark silver” for piloting an army ship from Nidaros to Bergen. The pilots, who risked their own lives to save others’, are some of the most often mentioned and respected professional groups in Norway.

A more fixed organisation of the pilot profession was established in Norway only early in the 1700s. Then the country was divided into two pilot districts, “the one south of the mountains” and “the one north of the mountains”. The division ran at Åna Sira in Rogaland. Every pilot district was headed by a head pilot, with pilot aldermen responsible for “public approval” in the form of patent as royal pilot.

The tough and dangerous competition between the pilots for capturing a ship to receive the prize money entailed that many ran great risks and went out in very bad weather. Along the coast there are many stories of widows and fatherless left after pilots who found their graves in he waves. In the 1800 the pilots gradually started using covered pilot vessels, something that improved safety to a large extent.

During WWI when the trading vessels went in convoys, Fedje was an important node in the traffic. Hesthaugen was a key point for the piloting service. The pilots built their houses on the hillocks and sat at home looking out for ships, with good help from wife and children.

After WWII two pilot boys were employed who had daily guard duty at Hesthaugen.

In 1953 a pilot hut was erected on the remains of the radar tower built by the Germans, and in 1956 a pilot boat was bought. In 1970 a new pilot station was built in the same place. In connection with the great tanker traffic to the oil terminal at Mongstad and Stureathe new traffic node for West Norway was built at Fedje. The centre, situated in the same place as the two previous buildings, was opened 1 September 1992, and employs approximately 40 people.