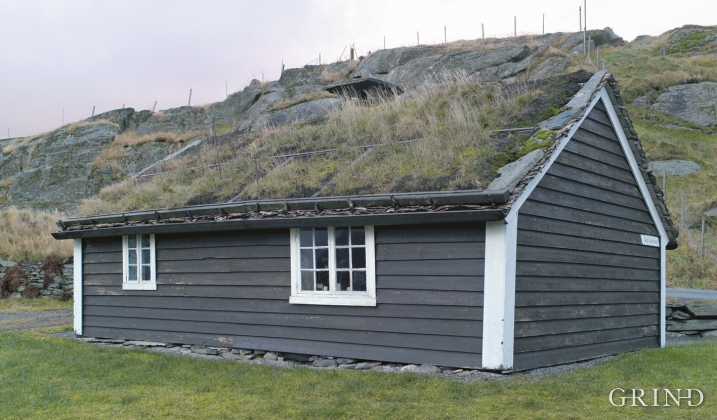 The old cottage at Sylta is a trace in the landscape of the settlement traditions and handicraft arts from the Middle Ages. The hallway or “door” is new, but the cottage timber is old, five layers of logs, with large oval-shaped timbers which lie on a foundation of smaller stones. The roofing planks and the rafters are also new. The front room has a large granite fireplace with chimney, but we can be fairly sure that the cottage originally had an open hearth or oven. Today we do not know whether the building has previously stood together with other buildings in the hamlet. It is Nordhordland and Midhordland Historical Society which owns the cottage and which have restored it. Beneath the turf roof there is a flagstone roof which has been put on in later centuries. The logs for the Sylta house were cut down during the period between 1550-1610.