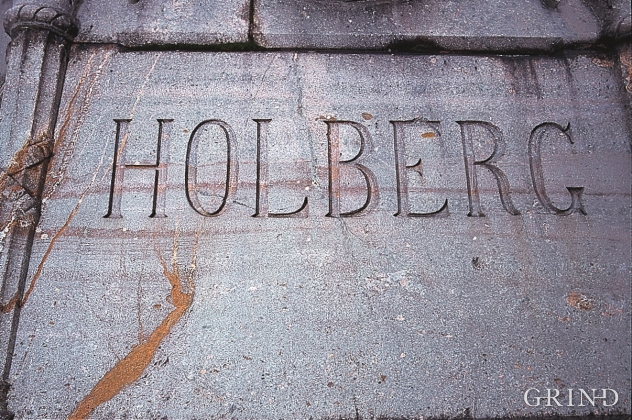 At Hana one finds a little occurrence of soapstone. It differs somewhat from other kinds of soapstone in the county, as it has touches of soapstone conglomerate. This gives the stone an especially beautiful appearance. The quarry, which was in operation in the late 1800s, lies in a steep slope 60 metres over the fjord. The stone is used among other things in the foundation of the Geiers Monument in Uppsala, and more locally, around windows and doors in Årstad Church and in the Bergen Stock Exchange. It is also used as the base of the Holbergs Statue in the square.