The first mention of Granvin church in written sources is in 1306, but the church location must be far older than this. The farm Storegraven is centrally situated at Granvinsvatnet, by the important traffic artery between Hardanger and Voss, where the road takes off to Ulvik.

The stave church that stood here in the Middle Ages had a steeple added later on. Towards the end of the 1600s this church was rebuilt and extended, but in 1726 it was pulled down and replaced by the present timber church. When this church was repaired in 1853, a north gallery was built in the nave, and the colourful interior from the 1700s was painted over. In 1920 the church was again refurbished when it was given its present interior.

Vine borders and painted drapery adorn the longitudinal walls in the chancel, while the east wall has depictions of Peter and Paul in arcade arches. This décor is executed by the painter Lars Osa, who has also decorated the gallery parapet in the nave with acanthus branches, symbols of evangelists and a depiction of a crucifixion. On the wall above the northern gallery we find traces of the original painting from the 1700s, with vines and biblical figures in arches. In the chancel stands the medieval christening font in steatite, and on the southern wall in the nave hangs a small beehive-shaped church bell from the time around 1100. It is one of the oldest church bells in the Nordic countries. An altar cabinet from the late Middle Ages and several procession staves are today to be found in Bergen Museum. 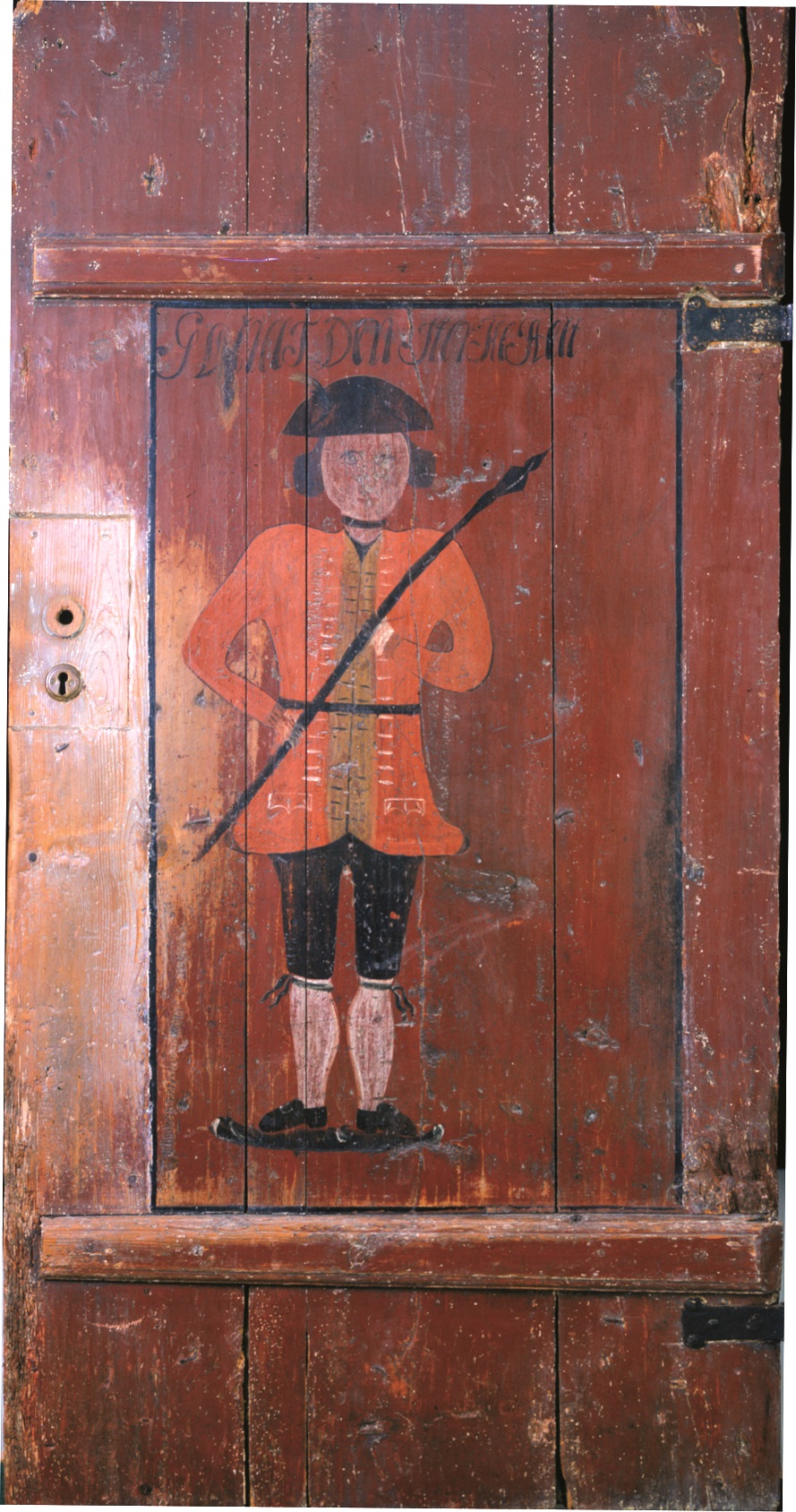 On a door from Lillegraven (Skrivargarden) we find an elegant picture of Goliath painted in the 1780s, probably by Vebjørn Olsen Hammersbøen from Hol in Hallingdal. The brothers Vebjørn and Sven travelled widely in the fjord communities at the end of the 1700s.(Photo: Egil Korsnes). 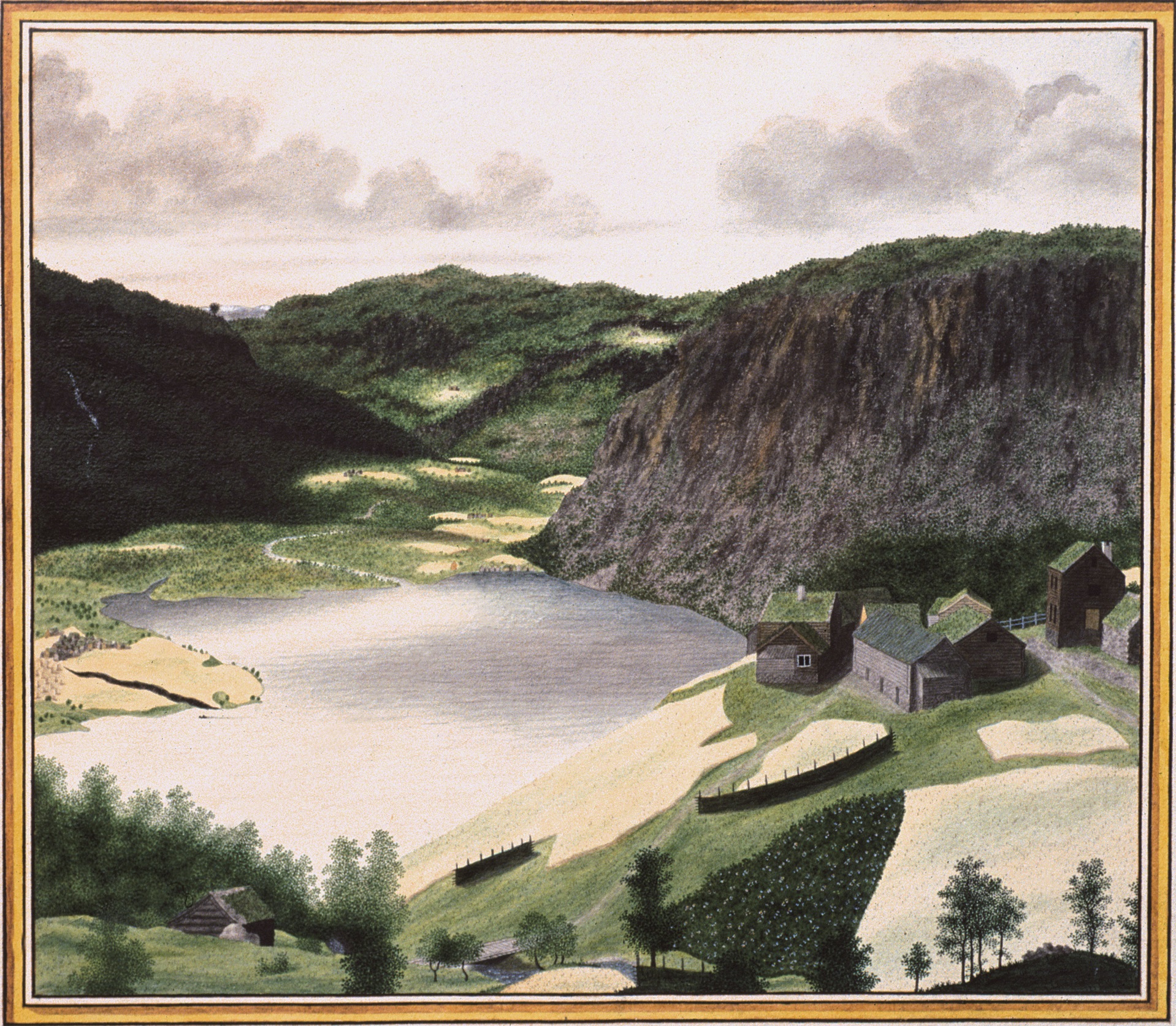 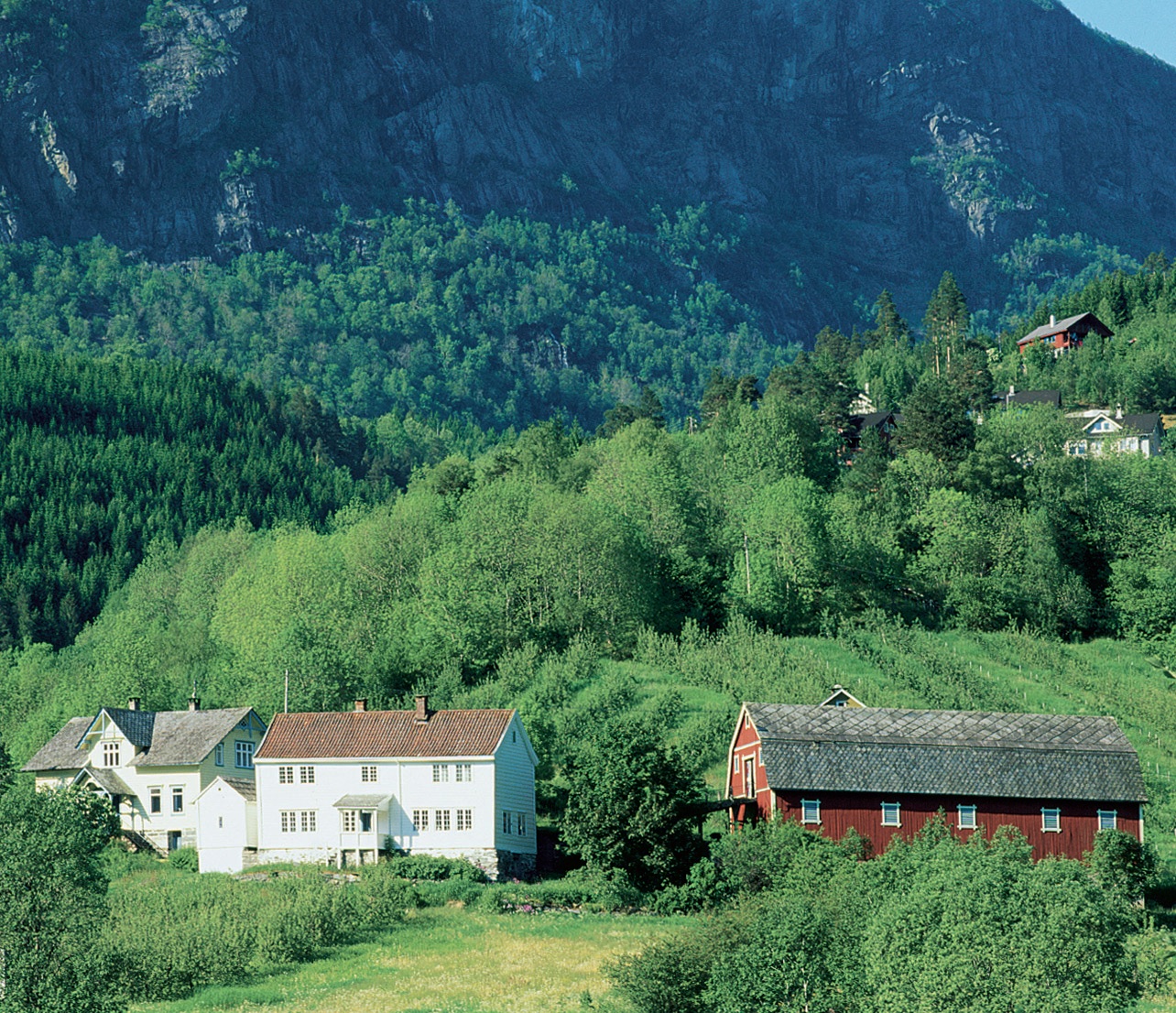 The captain’s farm at Storegraven is from the middle of the 1700s. This is where the head of Det Nasjonale Kompani for Hardanger lived. (Svein Nord). 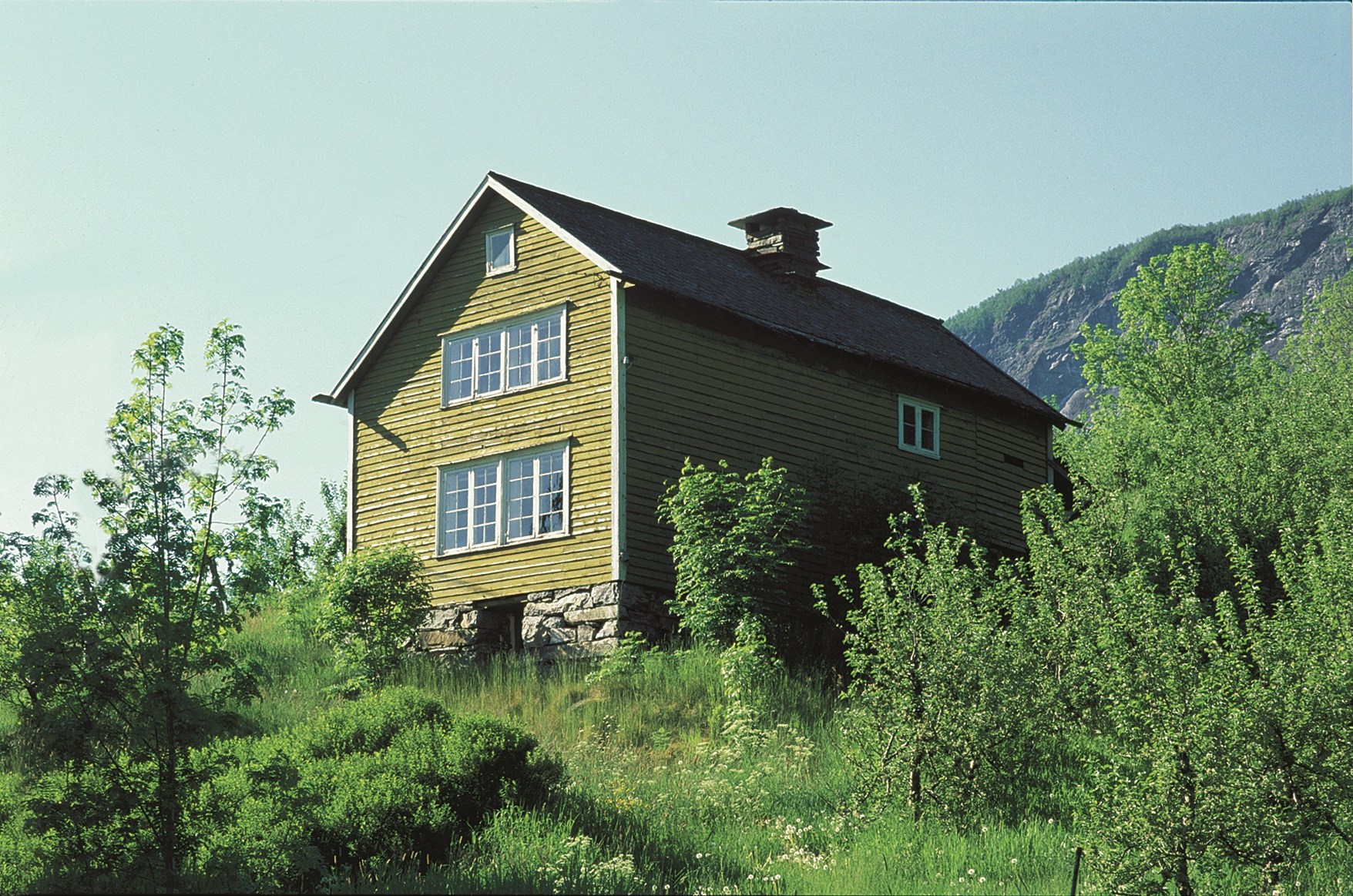 “Skomakerstova” (the shoemaker’s house), or Brynjelstova at Storegraven is a typical representative for the artisan at the church location, where people met. The building belongs to Granvin rural museum. (Svein Nord). 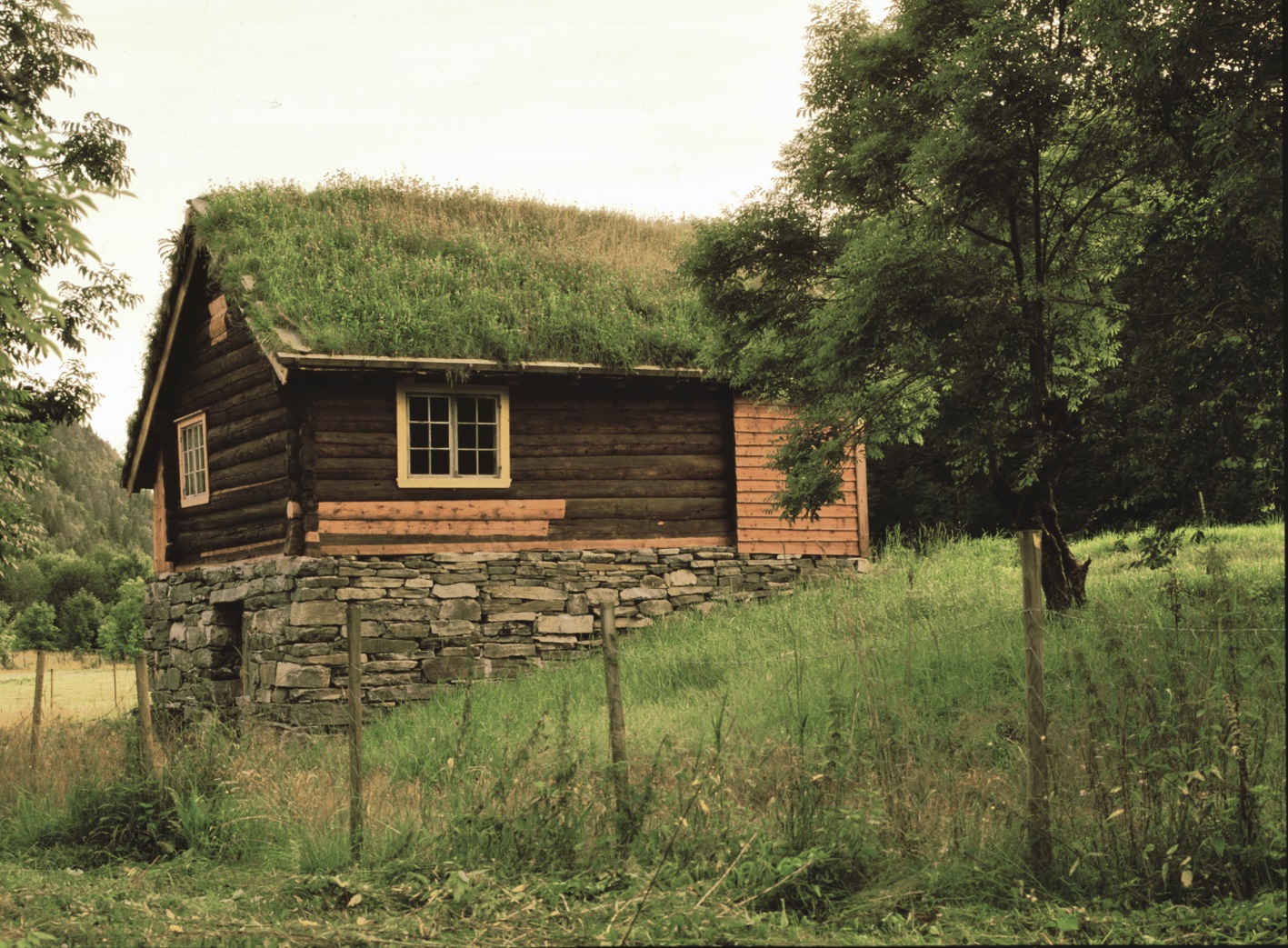 The large medieval house from the farmyard at Hollve was pulled down as late as 1977 during the reapportionment of farmland. Today the house has been re-erected in Granvin centre. Image from 1990 (Egil Korsnes).