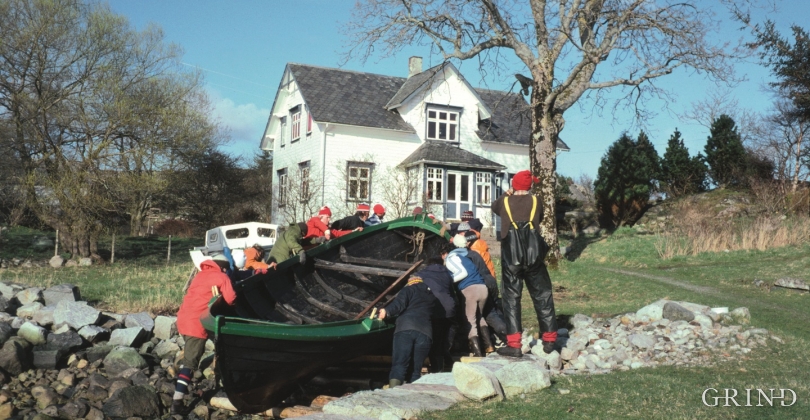 Immediately on the route from Fitjar to Engesund lies Smedholmen. From old days the place has been called Kjeaholmen and has been part of outer grazing areas for the farms at Vestbøstad. The islet was probably cleared and inhabited in the 1600s. The inhabitant was a transport agent for Engesund posting station. The agent is mentioned in 1745: “By Engsund…Svend Kiholmen as receiver of every Man 4 shilling posting toll”. At Kjeaholmen a gunsmith settled down and the blacksmith traditions were carried on for several generations. The smiths carried out work for Søndhordland Kompani (an army division), and were married into the merchant aristocracy. The smithy has been pulled down. It stood close to the sea, north of the dwelling house. But the islet is still called Smedholmen, after the gunsmiths.

Today Smedholmen Kyst- og naturlivsskule (Smedholmen Coast and School for Natural Life,leases the islet from the Ministry of the Environment and Fitjar Municipality; and is a well organised centre for outdoor pursuits, with coast culture and old working boats.