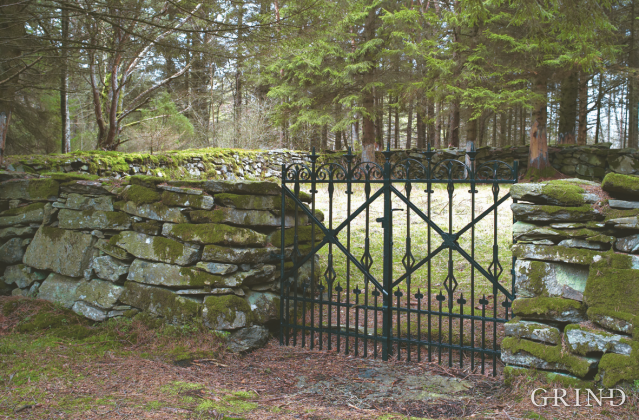 “The Graveyard by the Sea” op.20 is amongst the best known works of Fartein Valen. He had the idea for the piece during his stay in Mallorca in 1933. He read a translation of the poem “Le Cimitière Marin”, by the French poet Paul Valéry in the Spanish newspaper El Sol.

The newspaper called this piece a masterpiece in “the poetry of these times and in all times”…”that expresses the permanence of existence and the transience of life, a meditation at the ocean’s shore in the graveyard in Cette”.

The poem made an impression upon Valen. In 1947 he wrote in a programme leaflet. “This stirred the memory of another graveyard at home in Norway, an old disused cholera graveyard by the sea in West Norway where I live. The music does not follow the poem programmatically, but only seeks to express the feelings that are aroused everywhere, when Man is faced with the power of Death”.

The graveyard in Valen’s mind lies on the outskirts of Leirvåg, close to Valevåg. It is one of many such graveyards in Hordaland. The graveyard at Leirvåg was consecrated in 1849 by the minister Claus N.H.Daae.

Valen completed the work in 1834, and it was first performed 16 November in the same year. The piece received a mixed reception from the press, but this was something Valen was quite used to at the time. “Fill the programme with such ‘modern pieces’ and the supporters of the Philharmonic Orchestra will shrink even further”, wrote Nationen, while Norges Handels- og Sjøfartstidende thought that “with ‘Le Cimitière Marin’ Valen seemed to have created one of the most beautiful and noble pieces of music that has been performed in recent years in any country”.