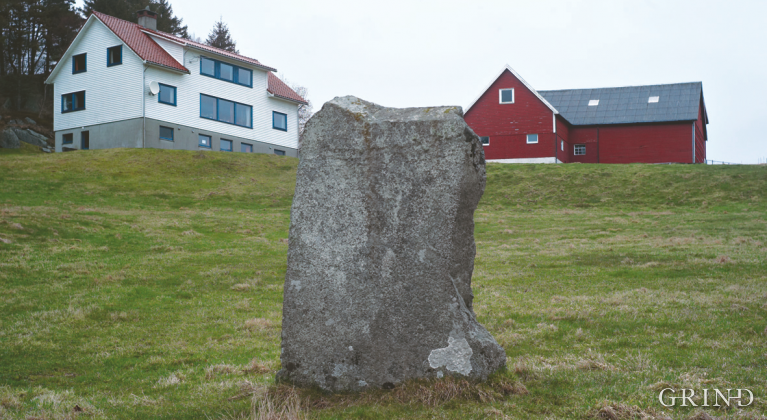 On the farm Straumen at the county boundary with Rogaland, originally a smallholding under the farm of Vikse, there is a stone monument below the house on property no. 1, roughly 1.30m wide at the foot and 20-30cm thick. Tradition says that the stone was erected by Ramnafloke, the explorer Floke Vildgjerdsson. The Landsnåma book tells us that Ramnafloke discovered Iceland. It is assumed that Floke lived innermost in the Vikse fjord. When he headed west across the sea and had rowed his ships past the current, he made an offering to Odin. He brought along three ravens. They were to show him where the land was, like the ravens Hugin and Munin, which flew around the world every morning and picked up news. On the offering place, Ramnafloke erected two stone monuments. Only one of these is still standing.