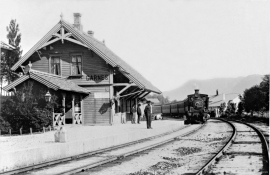 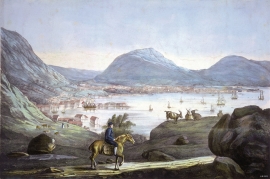 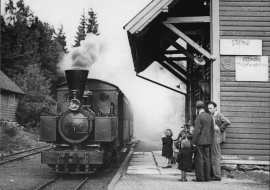 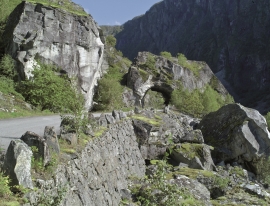 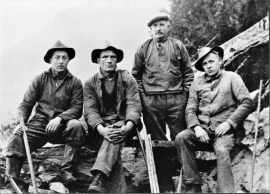 The road along the north side of the Hardanger fjord - between Øystese and Eide in Granvin – was literally built “by hand”. The construction work started in February 1933, and on 9 October 1937 Crown Price Olav opened the stretch of road between Øystese and Ålvik at Fyksesund bridge.

The road between Eide in Granvin and Voss is one of the oldest roads mentioned in the Middle Ages. In a diploma from 1343 from Voss regarding distribution of road works, we also find mention of the road to Angr (the Granvin fjord). 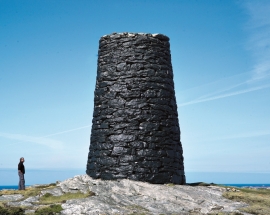 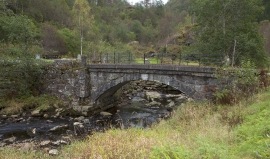 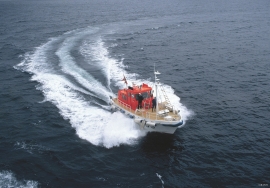