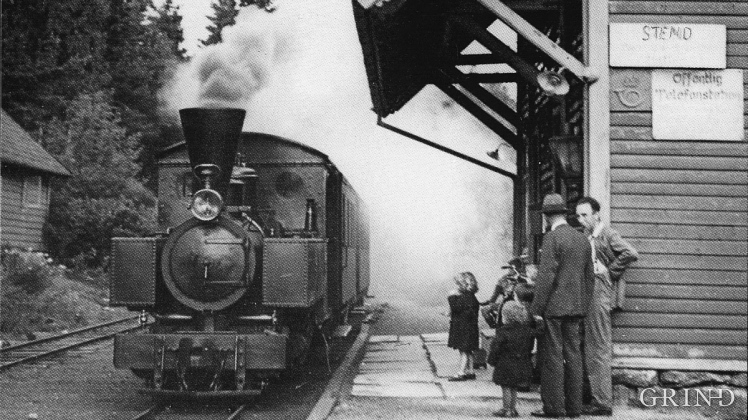 Stend station is the only station of the former station buildings on the Nesttun-Os railway still standing in its original state. When the railway was closed down in 1935, the building was taken over by Hordaland County and used as housing for teachers at Stend agricultural college and various other purposes. The association “Osbanens Venner” (Friends of the Os Railway) has worked to get Stend station designated as cultural heritage. On the station area there is a restored Os railway wagon. Friends of the Os Railway also have in their possession a large collection of old photos and film cuts, advertisement posters and objects from the Os railway.