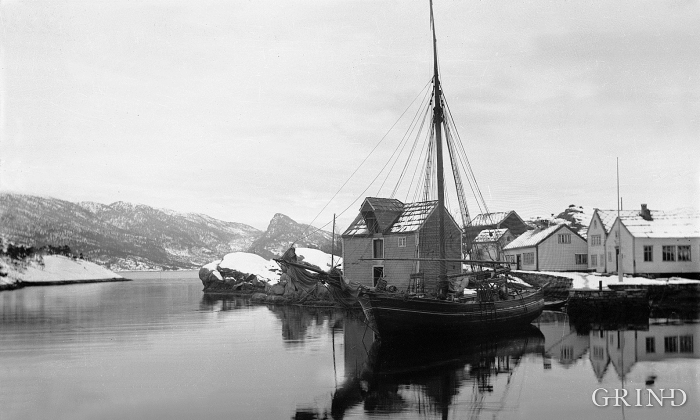 In 1754 the law officer Andreas Heiberg advised that a guesthouse location be established at Herandsholmen, as there were no lodging places for travellers between Utne and Gjermundshamn; a distance of more than 70 km. On 7th August 1754 the county governor, Cicignon, issued a letter of authorization to Carl Cammerou as guesthouse owner at Herandsholmen. He was to erect “necessary houses” and keep house and food for travellers.

Herandsholmen, which is situated just outside Herandsbygda, centrally in the route between inner and outer Hardanger, is one of the best kept and authentic of the old guesthouse locations. Here is the original hamlet with main building, courthouse, grand house, boathouse, storehouse on stilts, cowshed and hayshed.

Neither in 1770 nor in 1801 has Herandsholmen been listed as a guesthouse location, but we know that the Bergen resident Peter Harmens managed the place from 1774. Some trade obviously also went on. In the first half of the 1800s Herandsholmen changed hands several times, until Sjur Torsteinsson Alvsåker, who assumed the name Herandsholm, bought the place in 1846. In accordance with the law of 1842, which partly revoked the old trading privileges, he became the first country trader at Herandsholmen. The trading post had its time of glory in the 1850s-70s, but slowly new trading posts were established that were more convenient for the new steamship route after 1870.