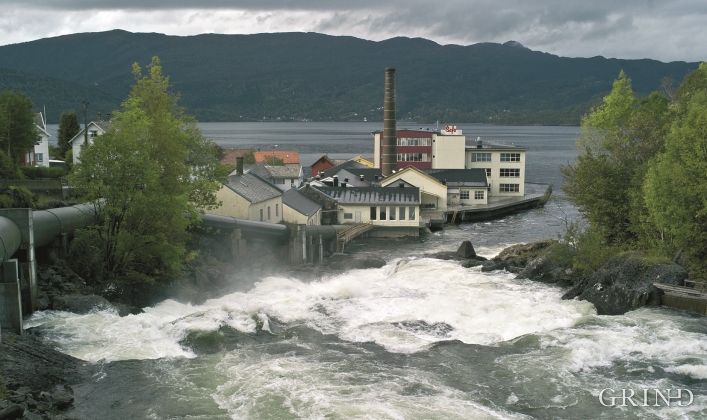 As early as 1862 Svein L.Røsseland started a country store and lodging house at Ytre Tysse, and later on he became steamship agent and the first post office manager in Samnanger. However, the decisive change came when F.Mathiessen started A/S Samnanger Uldvarfabrik (woollen factory) in 1886.

From a careful start with 25 employees the factory was expanded to employ more than ten times as many at the turn of the century. At its height the number of employees was around 400 some years later. The influx of people was great and in a few years Tysse was transformed from a peaceful country area to a bustling community centre, with houses, shops, craftsmen, cafes and lodging places in addition to the factory itself. But in the night before 6 March 1931, the factory burned to the ground. It was only in 1941 that new activity was started on the site. Samnanger Fabrikker became Norway’s biggest specialist factory for stockings under the name of A/S Safa. In the 1960s the number of employees reached 260, but rationalisation in the 1990s left the factory with around 70 employees. Today Tysse is mainly a municipal centre with municipal administration and lower secondary school.