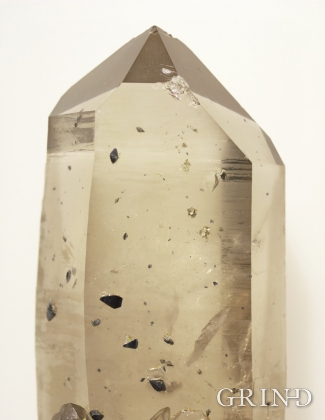 Hardangervidda plateau is known to have unusually many and rich occurrences of quartz. Another metal-coloured mineral has grown on some of these quartz crystals, known as anatas (titanium dioxide). This rare combination is sought after by mineral collectors from around the world. The biggest occurrences are found at Matskorhæ. This locality has long been protected. Fine specimens are exhibited both at the Norwegian Hydro-power and Industrial Town Museum In Tyssedal, the Natural History Collections in Bergen (photo) and the Geological Museum in Oslo.