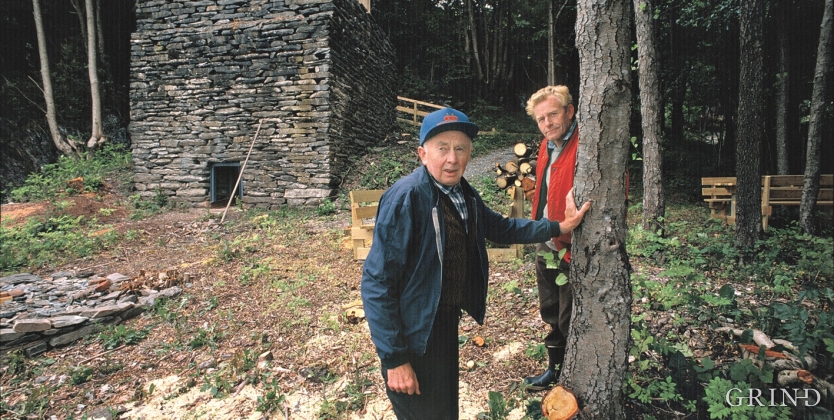 Flakkavågen, in the south part of Onarheim parish was the core area for Halsnøy Monastery’s estate in Tysnes. This area also adjoins a larger belt consisting of lime base and lime-rich slate. This combination is interesting because the monks at Halsnøy Monastery were the first ones to start burning lime in our parts of the world. This production is a special feature of the economic adaptation in Flakkavågen and the islands outside, from the Middle Ages and way into the 1900s.

On nearly every farm they extracted and burned limestone every year.  For this they used so-called glue-wood, debarked, small pine-logs; and a lot of logs were required. Most gave up limeburning at the end of the 1800s when the wood became too expensive.

But at Flakka there were 7-8 men who built themselves a coal-fired limekiln. The kiln itself is still standing, but the kiln housing was sold when the collaboration ended and the burning stopped around 1900.