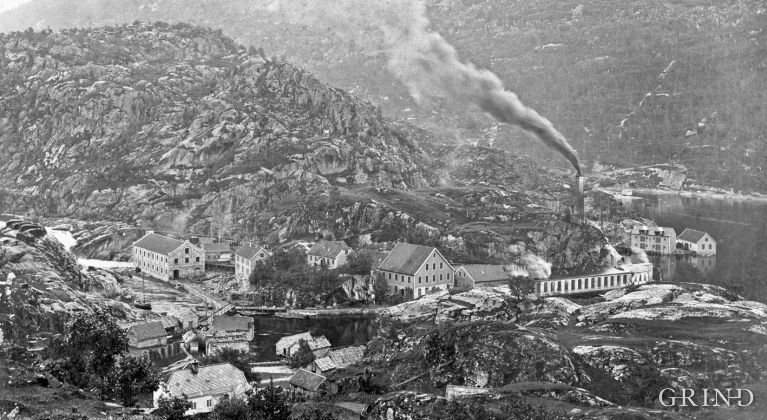 Sævareid, the isthmus by the sea, has given its name to both the fjord and the watercourse. By the sea there were a great number of boathouses that belonged to the farms along the Sævareid watercourse. In former times the waterfall at the end of the watercourse powered a sash saw.

In 1867 Alvøens Papirfabrikk (paper factory) started a pulp mill here. This business developed into a carton and cardboard factory that at the most came to employ close on 200 people. A well-known product was “Sævereid Betræk-Pap” (covering cardboard), which obtained a large national market and which is immortalised in Knut Hamsun’s “August”.

A small community grew up around the factory containing central functions, which undermined the base for the traditional trading post of Engevikhavn on the other side of the fjord. After WWII the Sævereid community became a unilateral industrial community, with export mainly to countries in the British Commonwealth. The factory was closed down in 1977. Today the fisheries industry has taken over.