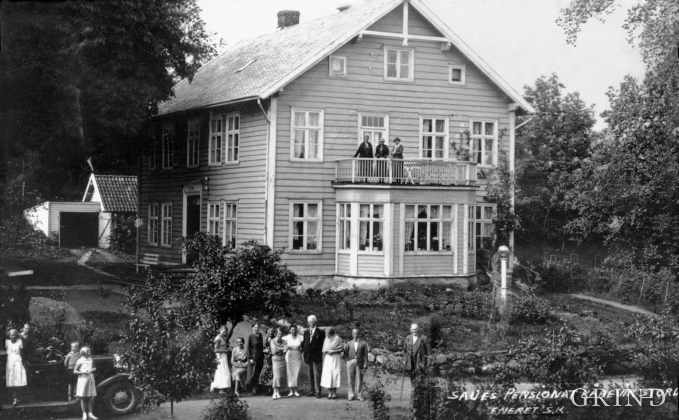 Private owners took over Kåravika in 1914. The property was partitioned out, partly into smaller farms, partly for summer residences for the well-to-do in Haugesund and Bergen.

The exterior of the main building is characterised by rehabilitations in the 1880s. “The Silver Stone”, located in the farmyard, is of some historic interest. It was on this stone that the tax collector flattened by hammer the old rural silver which the Stord inhabitants were obliged to hand in as capital for the new national bank in 1816.

The writer Torborg Nedreås lived for many years in Stord in the neighbourhood of Skrivargarden. (bilete utlånt av Aschehoug forlag).