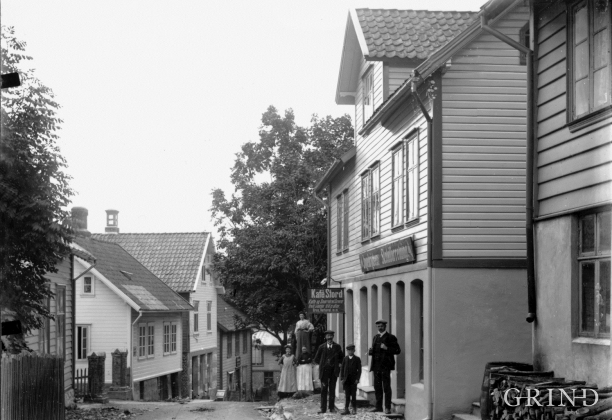 Already in the Middle Ages the good harbour at Leirvik provided a connecting point. Here was a court of law, and a guesthouse was established here in the 1600s. But Leirvik never achieved the status of a trading post or a ship-loading place. In the census of 1865 parts of the farms Nordre Bjelland, Leirvik and Orninggård are mentioned as the “Coastal district of Lervig”. And the community grew around the old guesthouse location early in the 1800s.

The new laws on trading and craftwork around the middle of the 19th century laid the foundations for new growth. The establishment of public service and communications, district doctors, steamship travel, post and telegraph made Lervik the centre of a large district. The old judicial centre became more and more an administrative centre. The District Recorder was installed permanently at Stord, first at Kåravik from 1862, and then from 1912 at Leirvik. The central settlement in Leirvik is concentrated around the old church road from Utbygdo to Prestlio. Along this road a continuous row of buildings was erected until the First World War, and makes out the main street, Borggata, in today’s Leirvik.