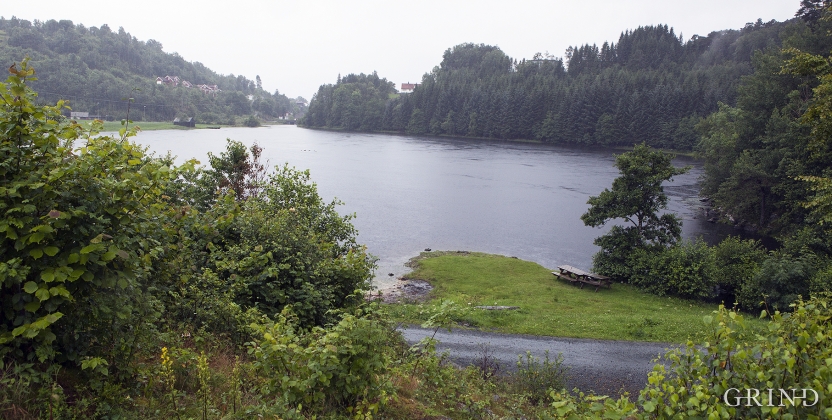 Like all lagoons Pøyla has a shallow, narrow outlet to the sea. The exchange of water between low and high tide therefore takes longer than out in more open water. Fresh water flows into Pøyla from two streams. Since freshwater is lighter than saltwater, the freshwater tends to remain at the surface. When the saltwater flows into Pøyla the water masses mix to form brackish water.

Since the lagoon is shallow, it gets quickly warmed by the sun. The higher temperature, along with nutrients leaching in from the surrounding land, result in much plant productivity. This can easily cause oxygen levels to be low, especially in the deeper parts.

Eelgrass and spiral tasselweed grow in the water, along with brown and green algae. In the tidal zone chaffy sedge, saltmarsh sedge, Mackenzie's sedge and saltmarsh flat-sedge grow well, since these species are well adapted to brackish water. In open patches of land, the small plant bastard pimpernel thrives. It is only a couple of centimetres high, but can grow in large amounts. The amount of bastard pimpernel has declined, however, because many of the meadows along the shore are no longer grazed. This is because the small trodden areas where bastard pimpernell grows best, disappear.