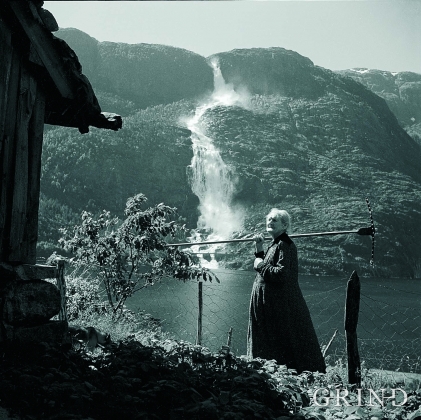 Langfoss seen from Mosnes in around the 1930s. With a descent of about 612 metres, Langfoss is the fifth highest waterfall in Norway. In spring, about 300 000 tourists stop each year to take in this experience. The view toward the waterfall used to be accessible only to a few. The picture shows one of the toiling women in the harvest on a ledge over Åkra Fjord.