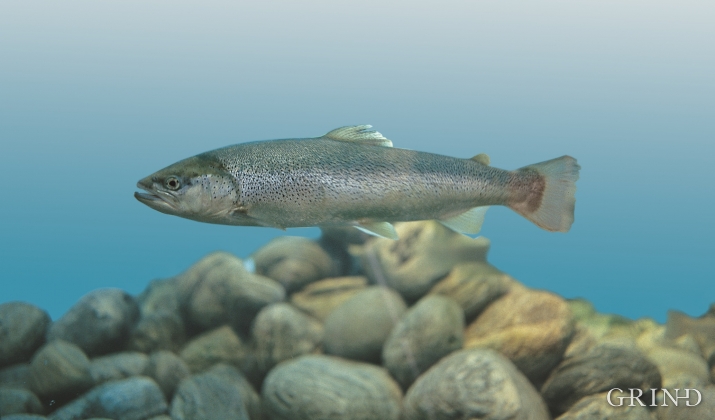 Few other animal species on Hardangervidda have been as much the focus of scientific research as the spotted trout. The spotted trout is considered to be a genetic variant of brown trout. It lives in parts of the Krækkjav water system. Otherwise, on a world scale, this species is only found in a small area in Kaukasus, and possibly also in a lake in Rondane.

On Hardangervidda the spotted trout has been known from published sources ever since 1910. In the middle of the 1980s the species was threatened with extinction due to acid rain. After extensive liming of the waters, spotted trout were documented to be mating again. It is unknown how this trout species arose. One theory is that the same mutation occurred both in this area and in a few other areas of the world.

The common brown trout is well represented in most mountain lakes in Eidfjord and otherwise on Hardangervidda. As in all other places lying above the marine boundary since the last Ice Age, trout has been brought to the lakes by people. Stocking lakes with trout dates far back in time - in archaeological excavations by Halnefjorden, just east of the county boundary, 6000-7000 year-old trout bones have been discovered.

The mountain trout in Eidfjord are nice and robust, but many people are worried that the increased occurrence of a different species, minnows, may threaten the trout. The minnows compete for the same nutrients as the trout and can potentially reduce the trout population drastically. Several good trout lakes on Hardangervidda have had their trout population decreased by more than 50% because of this intruder. There are concerns that the minnow can cross water boundaries and measures are being taken to prevent this.