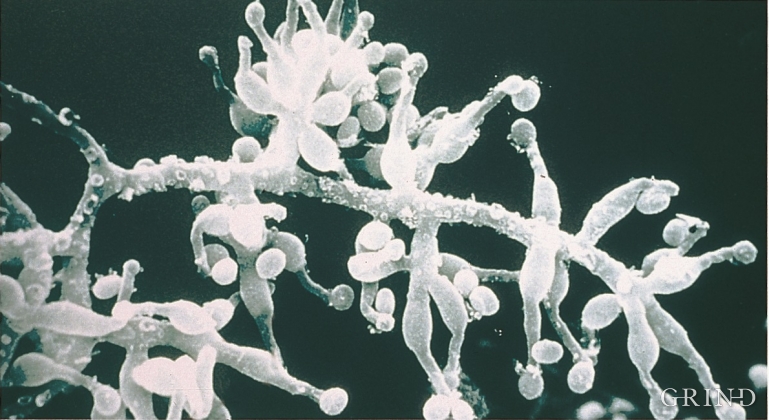 THE “GOLDEN HEN” FROM HARDANGERVIDDA

A microscopic mushroom from Hardangervidda has been like a “golden hen” for the Swiss company Novartis. Everywhere in the world, companies are looking for genetic material from nature that can be used for developing new medicines. Occasionally they succeed.

In 1969 the biologist Hans Peter Frey travelled on holiday to Norway together with his wife. On their way from Oslo to Bergen they stopped several places on Hardangervidda, where Frey collected a series of soil samples. An especially valuable sample was collected near Lake Skiftesjøen, east of Dyranut. This one contained a microscopic mushroom later named Tolypocladium inflatum. This mushroom produces a biochemical, cyclosporin, which is used as medicine for patients who have undergone organ transplantation. The medicine suppresses the body’s natural inclination to reject the new and unfamiliar organ. The industrial preparation consists of growing the mushroom from Hardangervidda in large tanks.

Every year more than 1800 patients in Norway, and more than 200 000 around the world, rely upon this medicine. In 1998 Novartis earned more than nine billion kroner on its production.