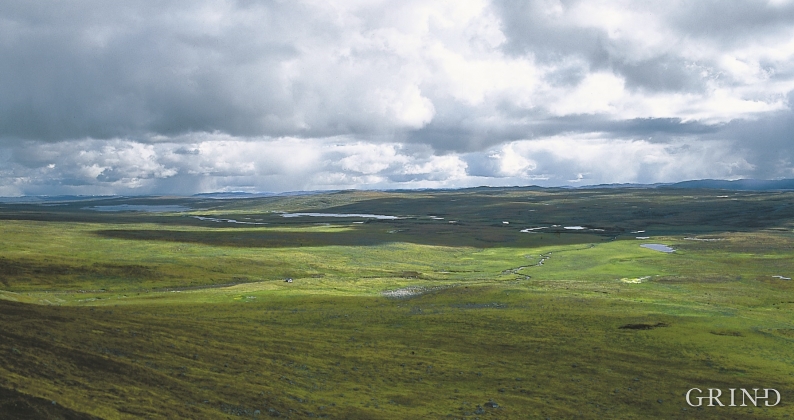 The Ruff lek on Langvassmyrane is the only known phenomenon of its kind on Hardangervidda. Every year it attracts hens from the whole plateau. The marsh is also the richest wetland in the county. This green oasis is located in a rocky moraine landscape a few hours walking distance south of Dyranut.

The roughly 3 km²-large delta at the innermost end of Langavatnet is known for its bird life. Ornithologically, the area is well researched. In Langavatnet, there is a large mating population of diving ducks  – a collective name for the species Scaup, White-winged and Black Scoters, and Long-tailed Ducks. Another duck species, Tufted Ducks also nest here, and have grown in numbers the past decade.

In Langavatnet the birds have good nutrient conditions, with a lot of amphipods and tadpole shrimp. But, many ducks are killed by fishing nets. The threat from fishnets is especially serious because these species, except for the tufted ducks, are unusual nesting birds in southern Norway.

Wading birds are richer in numbers than the diving ducks. A number of species nest on Langavassmyrane, such as the busy Red-necked Phalarope, which are not seen many other places on Hardangervidda. It is nonetheless the Ruff lek that takes place in June that is the biggest attraction on this part of the plateau. At its most numerous, 40-50 males have been seen to participate in the lek, but only 3-4 females are found nesting on Langavassmyrane. It appears that females come here to mate with a chosen male, and then travel to a different place to nest.

All the males have a different display of feathers; no two are alike. The lek is carried out in a rough manner with fighting and territorial display to impress the females, but they do not make a sound while doing so. After mating, the males leave Hardangervidda. The Ruff is one of the first species to start its fall migration to Africa, already in early July. The Willow Grouse also nests on Langavassmyrane. They build their nests on dry ground under the willow thickets. The willow grows in dense thickets along rivers and high up in the mountains. The willow thickets are very important for most of the nesting birds in such areas. Out in the marshes it is often too damp for the eggs, and there is also the danger of losing one’s nest to a flood. The baby birds would also be more easily visible to Gulls and Ravens if it wasn’t for these thickets. It is therefore very important that tourists do not disturb willow thickets by rivers and lakes. 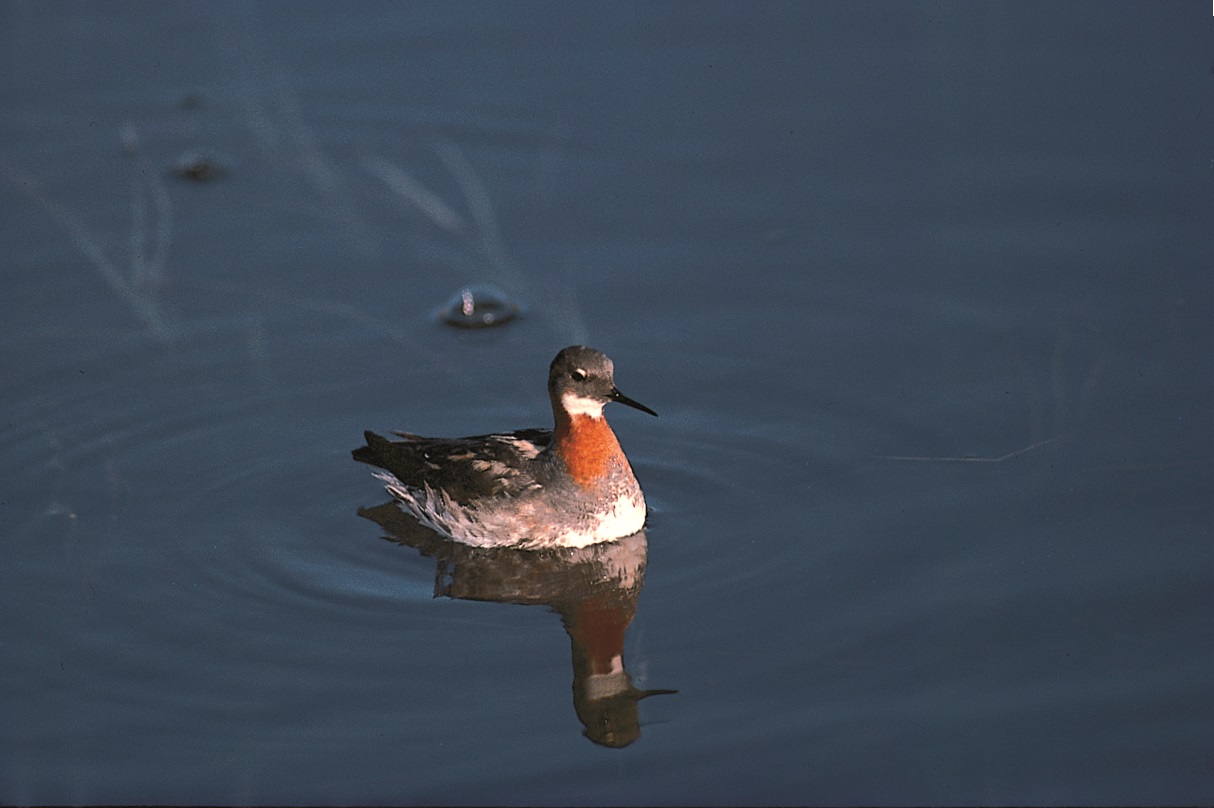 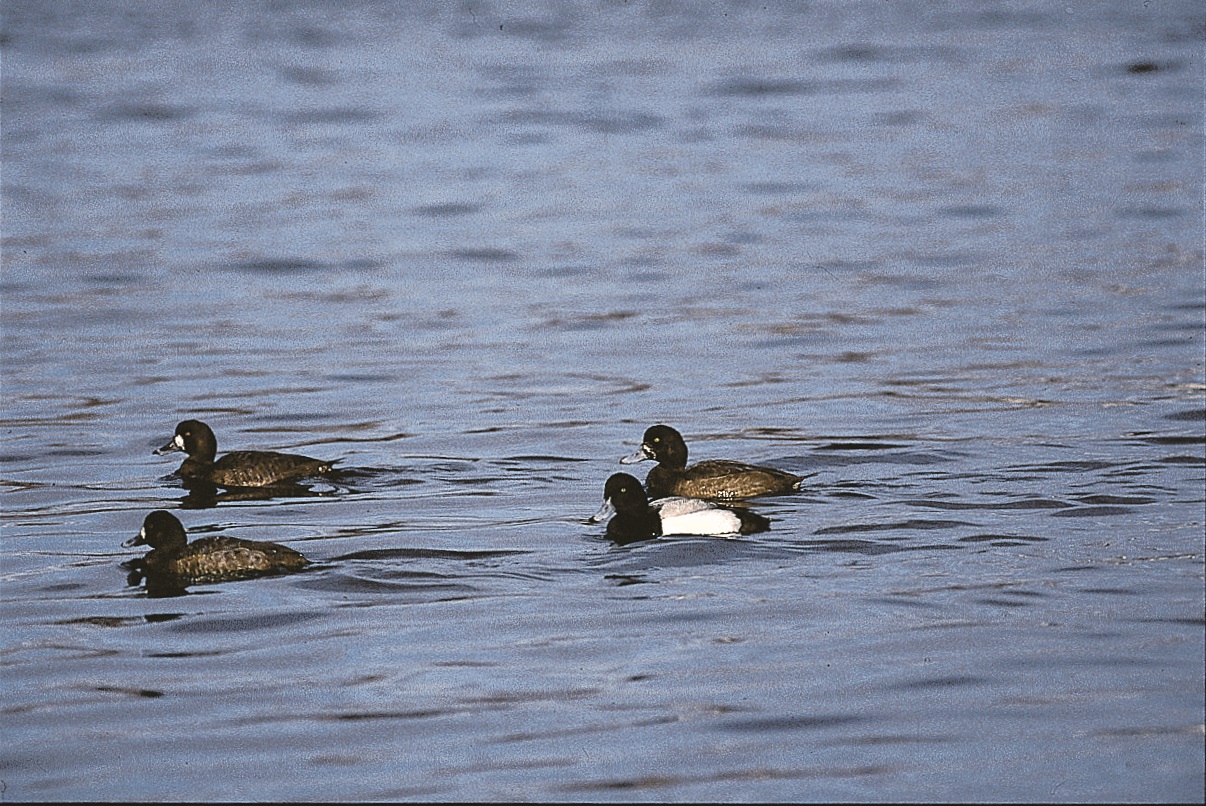 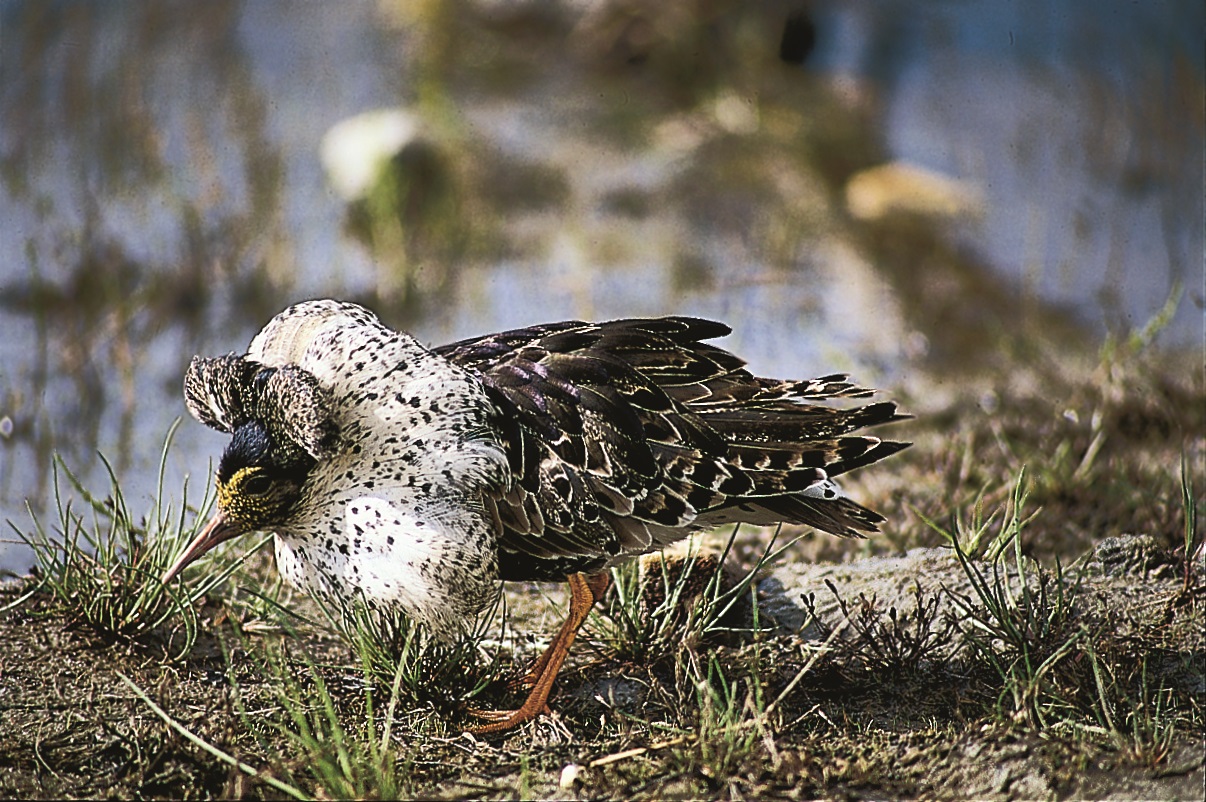 The male Ruff has a beautiful display of feathers. (Morten Vang) 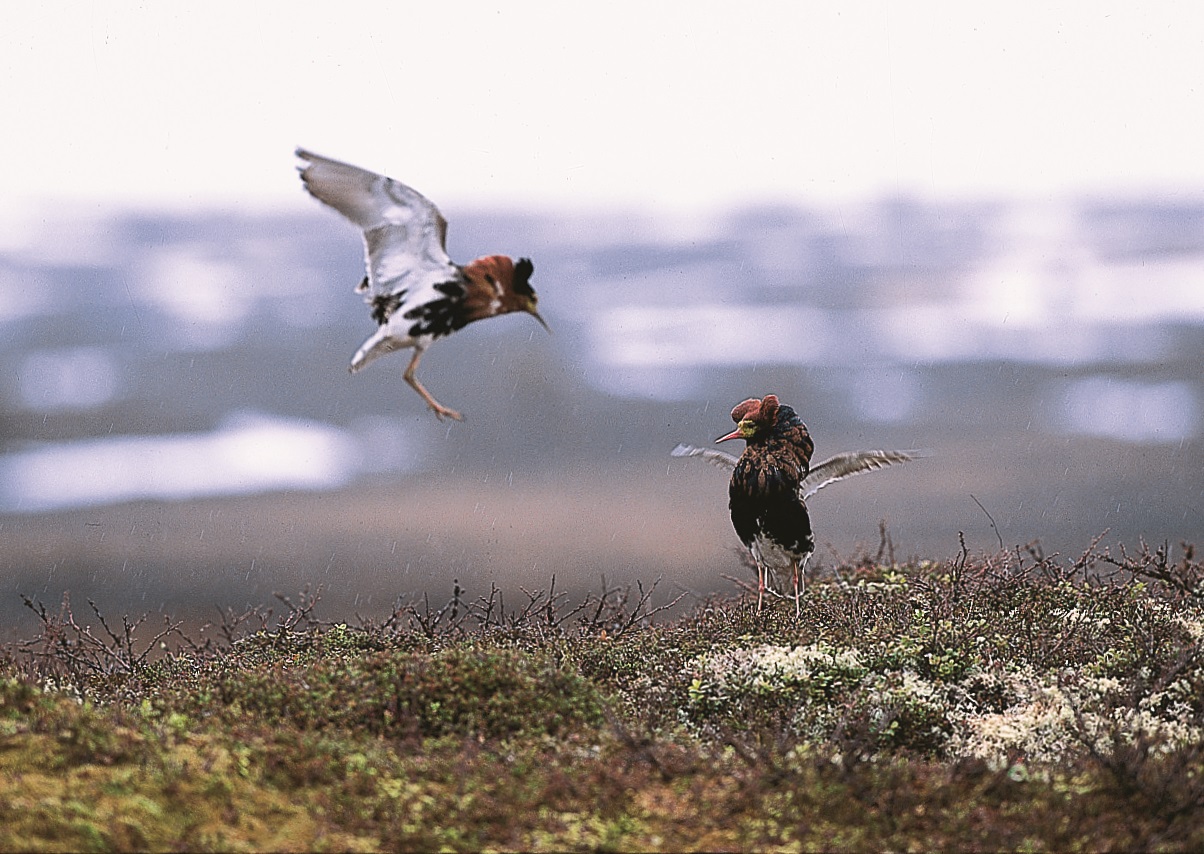