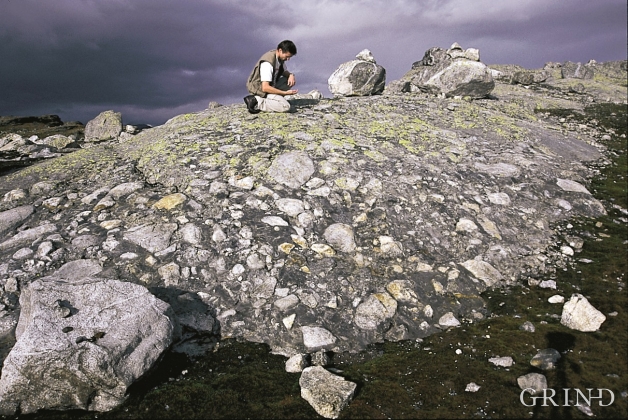 A conglomerate in the area between Brattskavlen and Buadalsbrotet quarry contains such large stones that resembles a fossil of a 550 million year old scree. The area lies by the "T"- marked path between Hallingskeid and Osa. The conglomerate was deposited directly on the Precambrian basement, as a granite gneiss, that was heavily eroded before it was deposited. Both the basement as well as the conglomerate and phyllite over the conglomerate have in this example escaped unscathed from the intense mountain-building activity during the Caledonian mountain-building event. The deposits of conglomerate occurred in Cambrian times, a geological period when Norway was flooded by the sea.