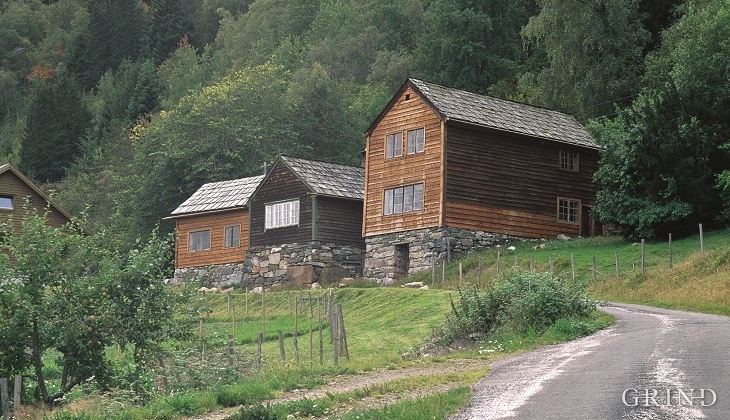 The farm Frøystein by the Ulvik fjord is commonly called Fryste. In 1614 the name was written Frøstemb – an obvious Danish influence – and the form Frøsten was used up until the land register in 1886 and 1907. It is probable that the name of the farm originally was Frystvin; a vin-name. Thus it has no connection with neither Frøy (Norse fertility god) nor stein (stone).

At Frøystein, holding No. 1, the old farmhouses from the 1700s and 1800s are still standing. The smokehouse on the farm is probably the oldest one. The “window” house, which towers in the farmyard, with the two-storey gable facing the fjord, and the smallest house for the old folk (kårstua) have recently been restored. In this farmyard we get a good close-up of the old building traditions. It was not until 1971 that a drivable road was constructed all the way up to Frøystein, which had remained unchanged through generations.

Lauritz Galtung on Torsnes owned Frøystein in 1647, but in 1695 the farm was transferred to his daughter, who thus became the first owner-occupier.