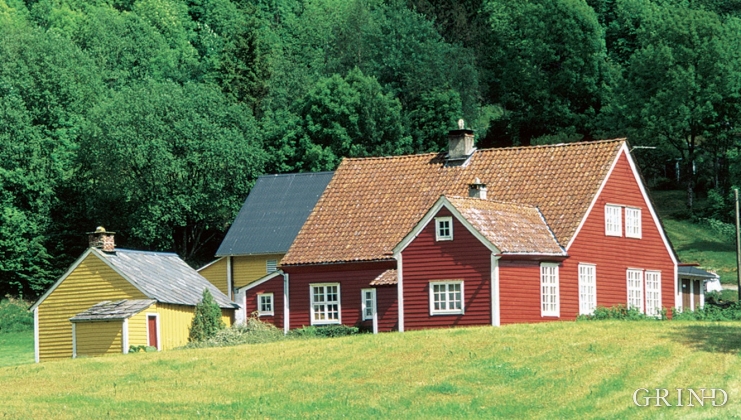 The farm Hårbrekke lies north of Strandebarm vicarage, some distance from the main road; easily recognisable with a one and a half storey high main building painted English red. This was the main farm, the state residence for the commander of Strandebarm Kompani av Det Søndhordlandske Nationale Musketerkorps (Strandebarm Division of the Søndhordland National Musketeer Corps) in the 1700s. In the period 1834-1866 the military head guards were stationed at Tangarås, where the Kinck family moved in later on. The main house at Hårbrekke was probably built at the beginning of the 1700s and was fitted out in style. The building was protected in 1924.

It is not by chance that Det Søndhordlandske Nationale Musketerkorps was stationed at Strandebarm. Culturally and geographically these communities belong to Sunnhordland. In 1647 the boundary between Hardanger and Sunnhordland judicial districts went between Vikingnes and Kysnes. Strandebarm, Varaldsøy and Mauranger belonged to Strandebarm coastal administration district.