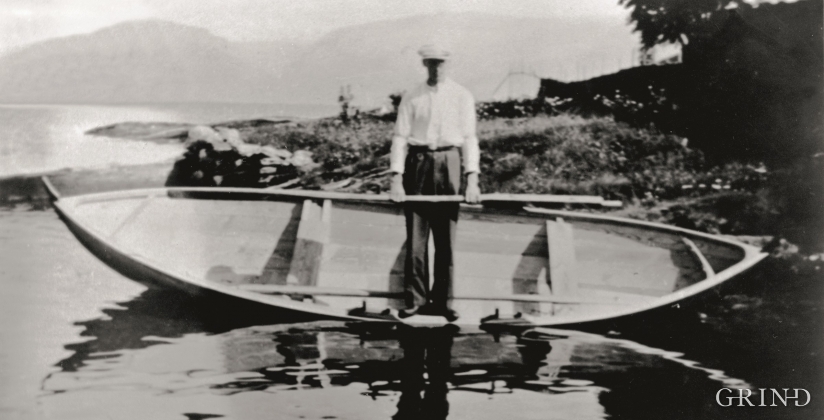 Doing work in addition to farming has long traditions in Strandebarm, and work connected to various craft activities has held a strong position in most of the rural communities. The most important of these has probably been shipbuilding, which has made the community well known throughout the whole country.

The building of vessels and boats in the area is most likely connected with easy access to building materials. In Strandebarm there was rich woodland in the 1500s and 1600s, and the oldest sawmill is mentioned in 1563. Little has changed when it comes to the building style of traditional small boats from Viking times until today. Proof of these traditions is the many boat graves the archaeologists have unearthed in West Norway. This shows a thousand year old tradition for this building method in the region. “Strandebarmaren” (the boat from Strandebarm), which was a widely known product from these communities in the 1900s, is a slightly more powerful small boat than the “Oselvaren” (the boat from Os) with narrower lengths of planking.

In the interim war period there were between 100 and 130 boat-builders in Strandebarm. These made out roughly one quarter of the working male population in the community. Within certain census districts the boat-builders made out more than half of the working male population in the municipality. This was the case in Omastrand in 1930. It was in this boat-building environment that Fjellstrand Båtbyggeri was established at a time of crisis and quickly expanded in the 1930s. It started with the production of small boats and motorboats and continued until the middle of the 1930s with mass production of lifeboats; amongst the first in the country. In the time after the war the shipyard developed into a major industry, and today it is one of the leading in the world when it comes to the production of express boats in aluminium for passenger traffic.