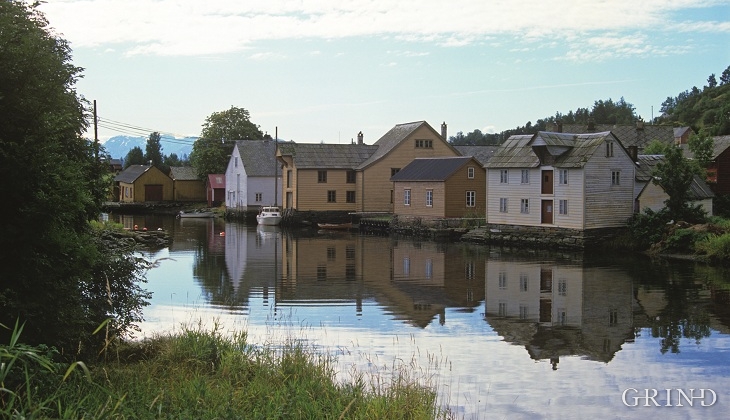 THE COUNTRY STORE IN BRUOSEN

Bruosen is one of the few river harbours in the county. As landing place for the churchgoers, this place and the boatshed environment follow a tradition that goes back to the Middle Ages, but the country store of today is much younger.

In Bruosen the trading post developed after the liberalisation of the trading laws in 1842. Peder Hansson Bru started trading in 1875. As in so many other places it developed into a community with many other industrial activities. The dyer, Jens Årsand settled here, he was the one who dyed newly woven wool cloth for the farmwives, and here was both boatsheds and sea houses for storage of trading goods. Tthomas Enes started in service at the dyer’s, but had soon acquired the biggest business and built new houses at the trading post around the turn of the century. After the steamship traffic took off in the second half of the 19th C, with new port of calls for the steamships, Bruosen lost some of its position. Still there were merchants here until the 1950s. Today Bruosen is a place of cultural heritage, zoned as special area.