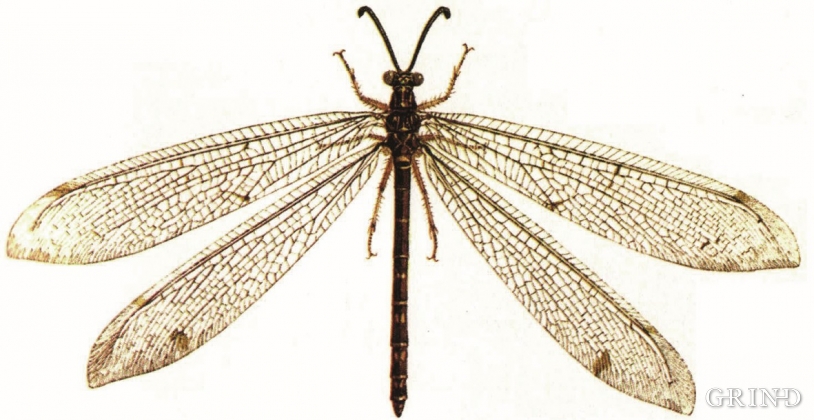 The lion ant belongs to the animal group called "Neuroptera" or net-winged insects. The larvae of these insect species have a special technique for getting their food: they dig a funnel in the sand, and place themselves in the funnel end. Ants, beetles and other small insects that fall into the funnel become the merciless prey for the lion ant larvae.

In Norway this species first became known in the south east of the country, but in 1936 a teacher called Ole B. Lundetræ found an isolated occurrence under a large protruding boulder at Djønno. The locality was investigated again in 2000. Then, the boulder had been blasted away, but larvae-funnels were found at another locality in Djønno.

Since then, isolated finds of lion ants have been reported in Indre Sogn and in Romsdal. The lion ants are bad fliers, and the larvae are quite attached to the one locality. The species therefore has little capacity for spreading. These finds in the inner fjord are probably remnants of a wider distribution during an earlier warm period.