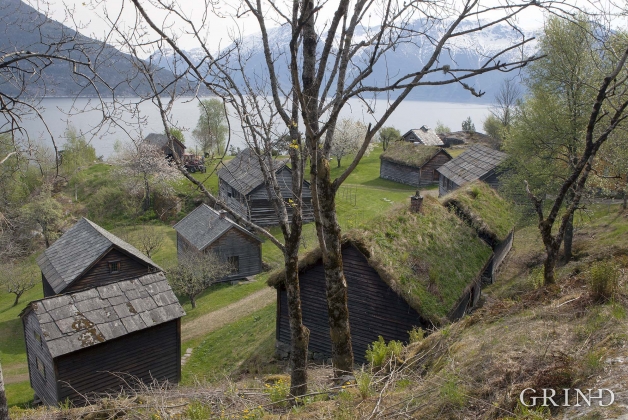 Hardanger Folk Museum was established in 1911. The fact that the museum was established at Utne says a lot about the communications in this fjord district, even as late as around 1900. It was only in 1977, when the State and Hordaland county municipality took over the financial responsibility for the museum management, that Hardanger Folk Museum in earnest became a district museum for the whole Hardanger region. Then the museum was moved where it is today, from a site south of the centre, where the ferry anchors up. The fishing and shipping business has been moved from the Utne low tide area, together with the trading shed of Sjur Svartveit; the last old country store at Ullensvang. The buildings had to make room for one of the heavy traffic arteries of our times, which has destroyed so many fine historical environments.