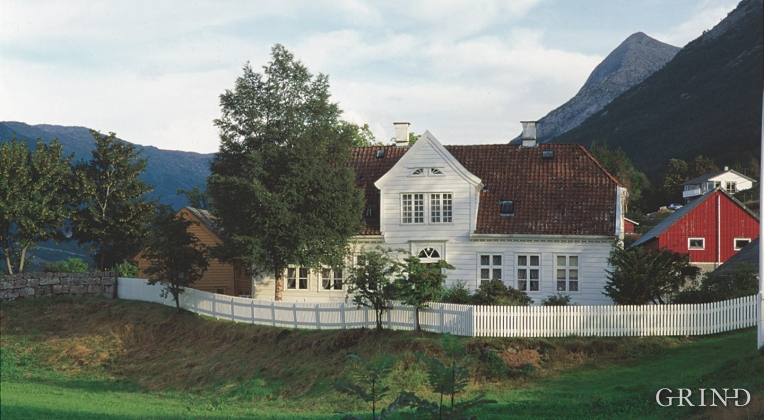 The half-hipped roof on the main building at the captain’s farm of Fet is built in 1775 by Johan Koren Dahl, who was head of the Northern Sunnhordland Company at Tysnes. Johan was the son of Mathias Dahl, who settled at Inner Fet in Omvikdalen in 1745, after his term as manager of Rosendal Barony for 20 years. The oldest son of Johan, Christian Lerche Dahl  was head of the Sunnhordland Company in Etne.

The main building is in classic Bergen style. The large hall on the first floor has French wallpaper from around 1800. The wide floor planks lie there as they did 200 years ago. Beside the hall lies the “Baron’s chamber”; a reminder of the social connections between “the higher social classes” in the local community.

The captain’s farm was protected by Royal Decree in 1923.