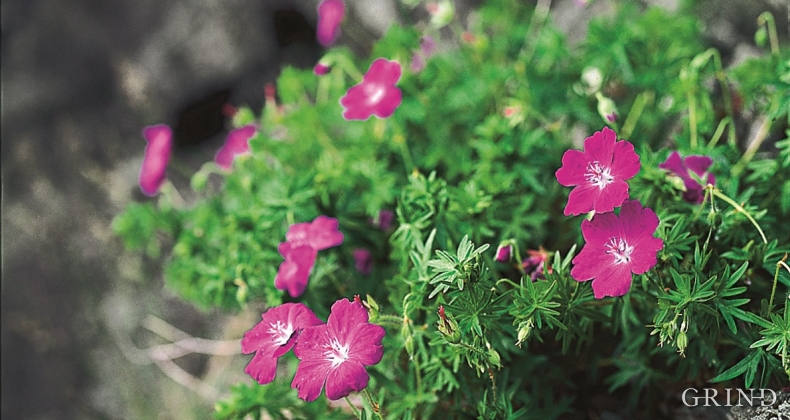 Ølveshovda (252 mos.) is a unique mountain formation with a distinctive steep rim facing the southwest. At the foot of the steep cliff there is a forested area where nature has provided for an extra favourable local climate. This steep mountainside collects the warmth, and gives good growing conditions with relatively little wind. The proximity to the open and wide fjord means also that there is little frost in the winter half of the year. If one plans to travel here, it is easiest to come by sea. Ølveshovda lies naturally protected on a peninsula without any road in.

Here by the foot of the mountain there is mostly pine forest, both nutrient-depleted with heathery vegetation and nutrient-rich herbs and grass. In the nutrient-rich pine forest we find scattered deciduous trees such as elm, ash, basswood and black alder. Holly is common throughout the whole area, usually as scattered trees, but some places also as dense forest. Forests of yew can also be found, mostly up under the mountainside in the south, where the temperature conditions are especially favourable. The shoreline is long, and on the bedrock near the sea there are several plants that thrive, including blood-red geranium (picture) and other beach plants.