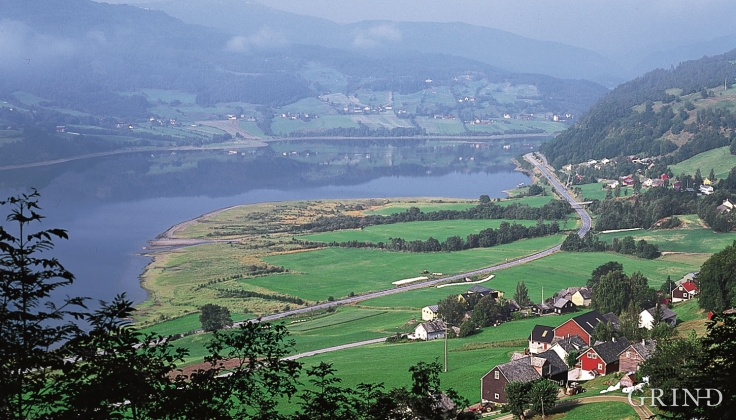 The sediment that was deposited from the river Dyrvo has created the fan-shaped delta Rekvesøyane. The bit of land farthest out toward the water gets periodically flooded, especially during snow melt and after periods of much rain.

After the water level in Lake Vangsvatnet was lowered in the 1990s, the clay and silt along the shoreline on the outermost part of the delta became visible. In the dried-out zone, just ten years later, a whole colony of tiny bog plants have become established. These are species that only can grow on open, fine-grained soil, where they will not be out-competed by other vegetation. They are annuals and die when they wilt in the autumn. In this way they avoid the problems of ice scouring, flooding, sedimentation and erosion. Before they wilt, they spread a lot of seed, which will germinate the following year in open soil at suitable places.

During the migrations wading birds such as ducks and gulls like to rest here. Often it is the same species that prefer shallow water springs on the coast to find food. Here at Lake Vangsvatnet they do not need to adapt to the tidal schedule for tidal ebb and flow.