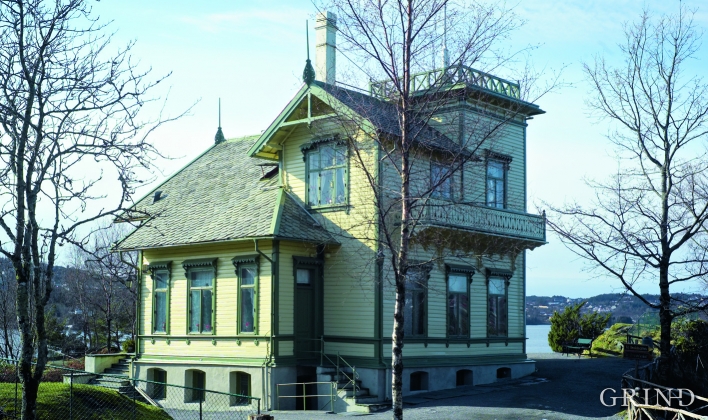 In 1885 Edward Grieg (1843-1907) and Nina were able to move into their new home at Troldhaugen at Nordåsvannet in Fana. They had already been fascinated by the beautiful nature in the fjord communities in Hardanger. From 1877 they lived at Lofthus every summer, and this is where Grieg wrote most of his well-known songs. At Nordåsvannet Grieg rediscovered some of the idyll that had inspired him in Hardanger, and as in Ullensvang, he erected a composer’s hut at the edge of the water. The experience of Nature was a constant source of inspiration for Grieg in his visions of a Norwegian tonal language founded on the Norwegian folk music.

Today Troldhaugen stands as it did in the time of Nina and Edward Grieg; a memorial over a great tonal artist in the European romantic tradition. In later years a new concert hall has been added, Troldsal.